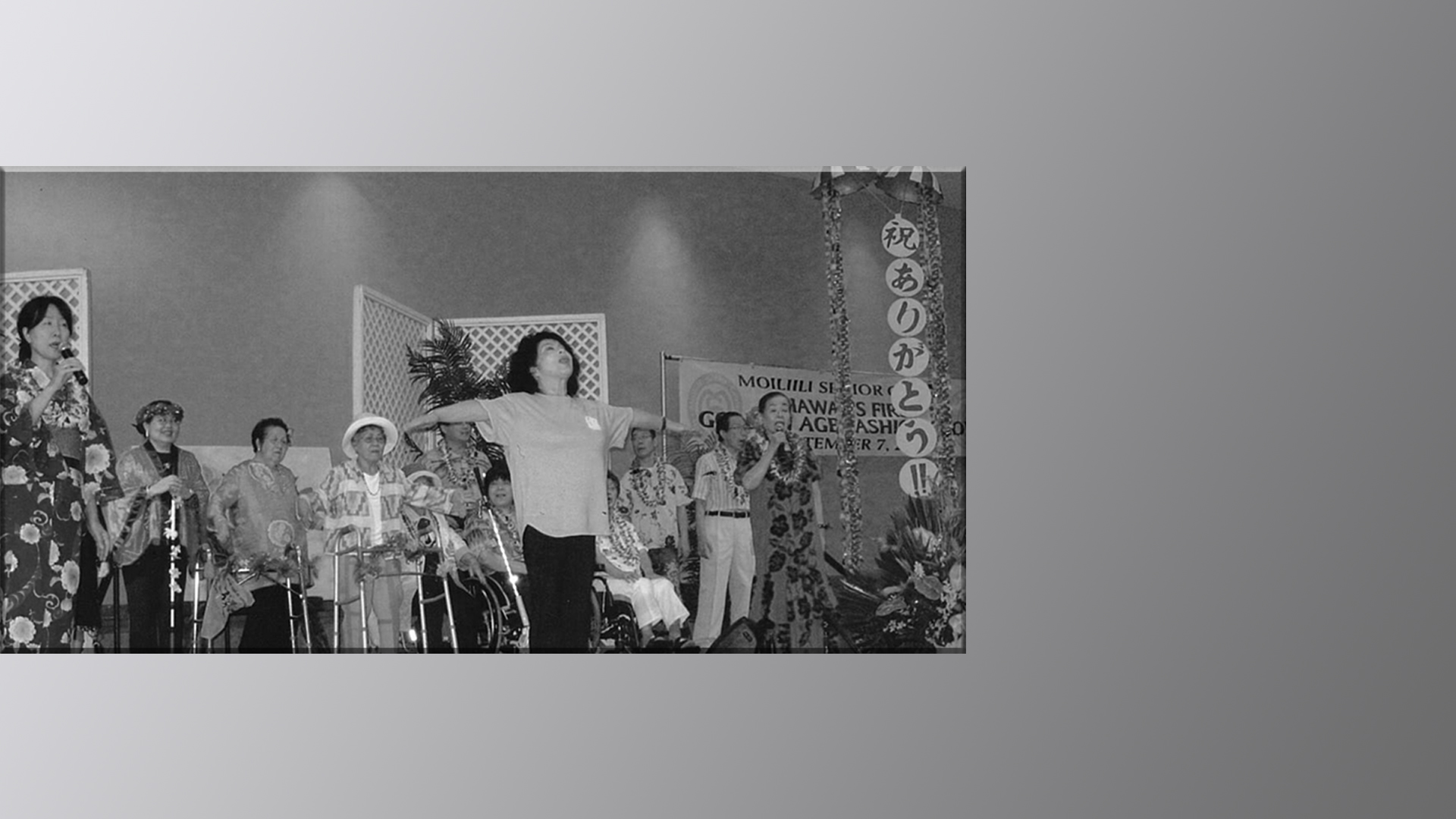 Staying Fit with Laughter and Fun 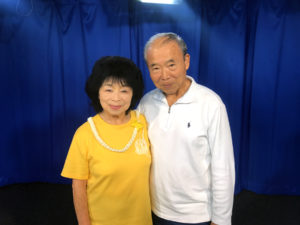 Physical fitness is a valuable element of life for many of ‘Ōlelo’s clientele, especially the senior community.  It is important in maintaining health, flexibility, and longevity, as well as in managing pain and symptoms of physical ailments.  One client in particular, Faye Murata (pictured on the left with her husband), believes that, while the aforementioned reasons are legitimate, laughter and fun is truly the best workout for your overall well-being.

Faye, who has been producing her ‘Ōlelo series “Faye’s Genki Taiso” (Genki meaning “Healthy”, and Taiso meaning “Exercise”) for five years now, is a retired schoolteacher born in Manchuria, China.  She and her family relocated to Hiroshima, Japan after the war ended when she was 8 years old.  Through a series of fortunate circumstances, Faye was given the opportunity to study abroad in Hawai’i.  Her first few years here was a challenge as she did not speak one word of English upon arriving, but managed to grade-hop her way through varying degrees of education (she started at a first grade level in tenth grade) and eventually finishing her high school career at Kohala High School on Hawai’i island.  The thirst for education didn’t stop there.  She earned her mastered degree in Education from the University of Hawai’i and became a Fulbright Scholar in 1985 to study abroad at Tokyo University.

Her teaching career took her from St. Louis High School to Kapiolani Community College to Chaminade University.  She also spent 20 years teaching Japanese in the hotel industry, 12 years in the banking industry, and a summer in the Marshall Islands. 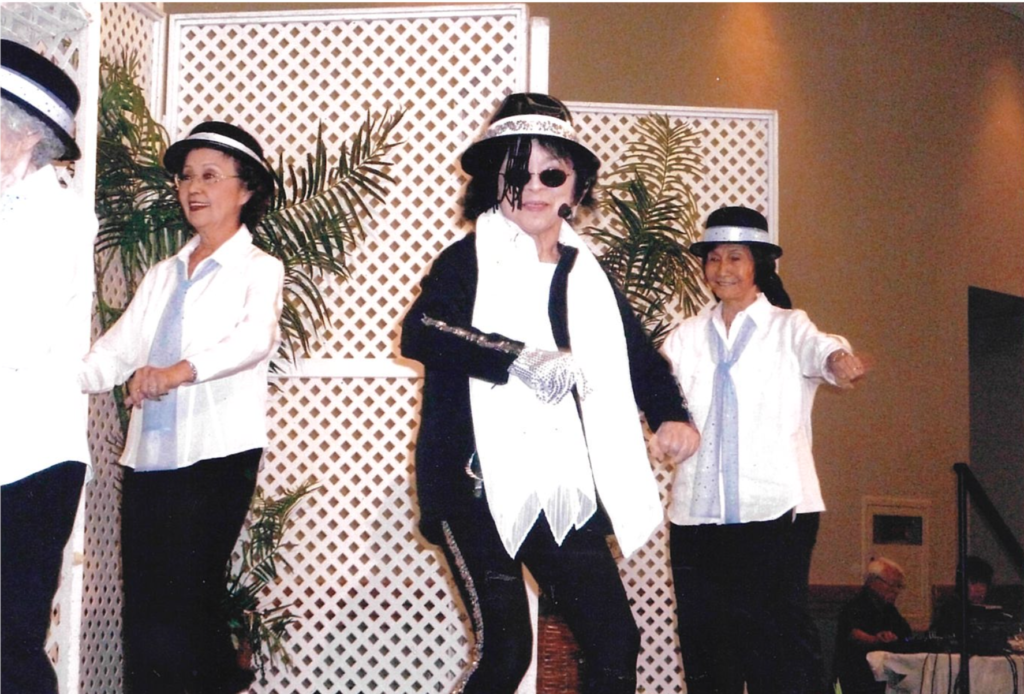 For the past nineteen years, Faye has been volunteering with the Moiliili Community Center and going to nursing homes, senior daycare centers, and various other community establishments to teach fitness to senior citizens.  To add some spice to her curriculum and to keep her students engaged, Faye often dresses in elaborate costumes of animals such as a fish, a monkey, a sumo wrestler, or even Michael Jackson.  Now, you can see her in all her glory on ‘Ōlelo.  Faye fosters a warm and inviting atmosphere as she demonstrates Japanese exercise techniques that benefit the mind, body, and soul. She uses movements for blood circulation, oxygenation, and flexibility all the while incorporating Japanese culture and song.

Faye also continues to offer support to Japanese, Korean, and Chinese students in need of education with a focus in the English language.  In February 2019, Faye played a key part in inviting students from Sendai University’s Exercise Team from Japan (pictured below) to Hawai’i to observe the University of Hawai’i’s athletic training and to take English classes.  The team appeared as guests on Faye’s show at the Māpunapuna Media Service Center.

The exchange with Sendai University is one of many ways Faye serves as a role model to the community, bridging the gap between two worlds while never losing her larger-than-life personality and ideology.  She would like to personally thank the ‘Ōlelo staff, Mrs. Hiju Ashikaga, a former ‘Ōlelo producer who originally turned Faye on to public access television production, and most importantly, her family including her son Dr. Nathan Murata, who connected her to Sendai University. 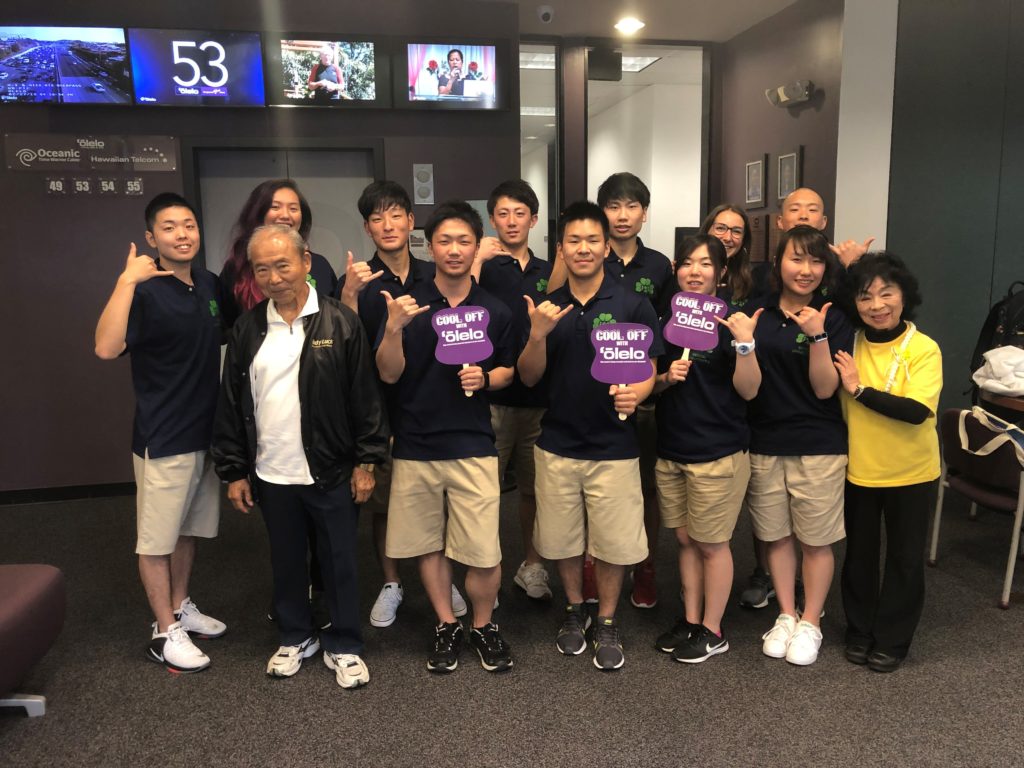 Be sure to catch “Faye’s Genki Taiso” on ‘Ōlelo channel 54 every Thursday at 8:00 AM.   The Sendai University students’ episodes will air in April and May.  In June and July 2019, Faye will feature Kazuko Kikuchi Sensei from Japan.