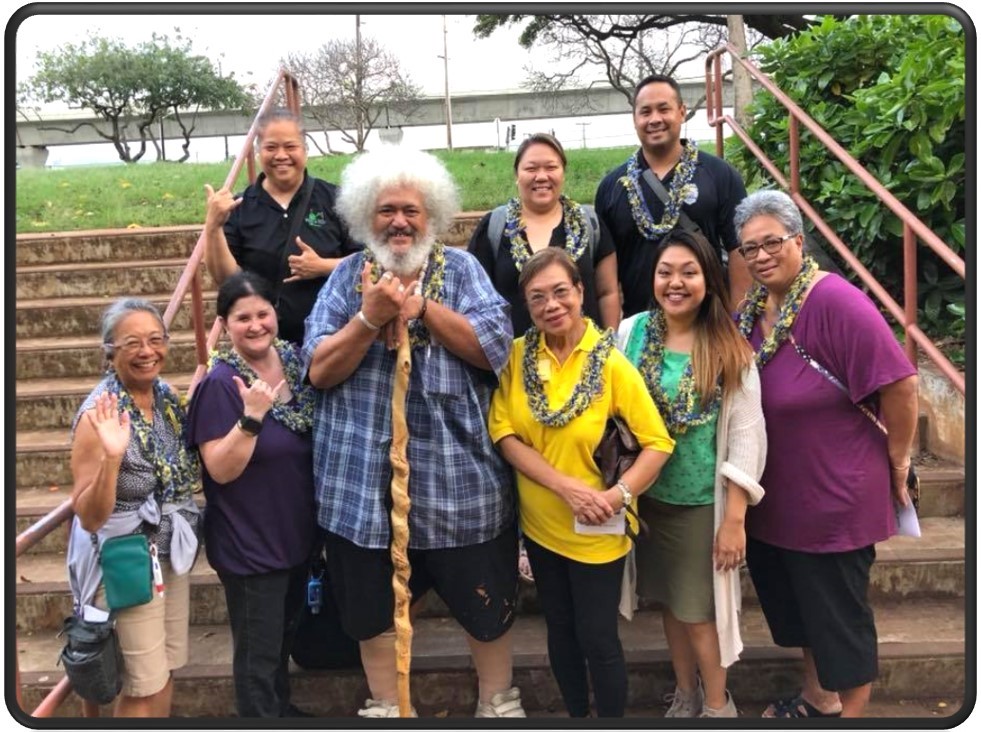 In 2003, community member Neal Rivera was persuaded by a friend to take a basic media production course out of ʻŌlelo’s Waiʻanae Community Media Center.  Expectations were low as Neal’s primary goal for taking the class was to gain video production experience for cursory reasons with no intention of community involvement.  Little did he know that his world was soon to be radically altered in the best way possible.

The Waiʻanae media center manager at the time was Mr. Sparky Rodriques, who is a renowned influential figure in many communities around the island of Oʻahu and not one to tolerate wallflowering.  At the cusp of the training’s conclusion, Sparky approached Neal with a unique volunteer opportunity to assist in covering the 100 Year Anniversary of the Waiʻanae Hongwanji Mission.  It seemed simple enough: show up to the site on time, hop on a camera, and follow directions.  To his surprise, it was this event that opened Neal’s eyes on how connected ʻŌlelo was to the community. 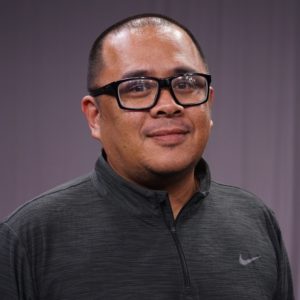 Volunteers from all walks of life, from students to church goers (Buddhist and non-Buddhist alike), came down to the event and worked together not as a team, but as an ʻOhana.   It didn’t matter if you were a newcomer or an old timer to the world of production.  What mattered was your willingness to learn, grow, and prosper while keeping the stories of the community alive.  For the first time in a long time, Neal felt like he was part of something bigger and his efforts were making a difference.  What started as a narrow perception of what seemed to be a local TV production company blossomed into a defining consciousness of true community empowerment.

After his initial stint as a volunteer on such productions as “Breaking the Ice”, “Planes, Trains, and Oʻahu”, and “Governor Talk Story – Waiʻanae”, Neal was asked to come on board as a staff member of ʻŌlelo.  He initially started out as a Media Resource Coordinator in Waiʻanae then transferred to Kāneʻohe and finally ending up at the Waipahu Media Service Center as its current manager.  Throughout the years, Neal was a key figure in providing quality production training to such establishments/organizations as the Women’s Community Correctional Center and Habilitat, allowing the members of

those groups to engage with their communities in a positive way.

Following in Sparky’s footsteps, Neal made it a point to research the community his media center was serving to provide something more than just video production services .  He is now the Secretary of the Waipahu Community Coalition, which is comprised of 20 different organizations (including ʻŌlelo) and aims to “strengthen and empower the community by supporting economic development, job creation, youth and family well-being.”  One of the Coalition’s most recent and notable events was the 2nd Annual Slippahs and Shoes for Keiki drive.  970 pairs of shoes and slippers were collected and distributed to the Waipahu complex schools.

Because of events like this, Neal, once a modest student of a basic media production class, is convinced that media isn’t what makes ʻŌlelo relevant.  It is how ʻŌlelo empowers the voice of the community.

Photographs (from top to bottom):