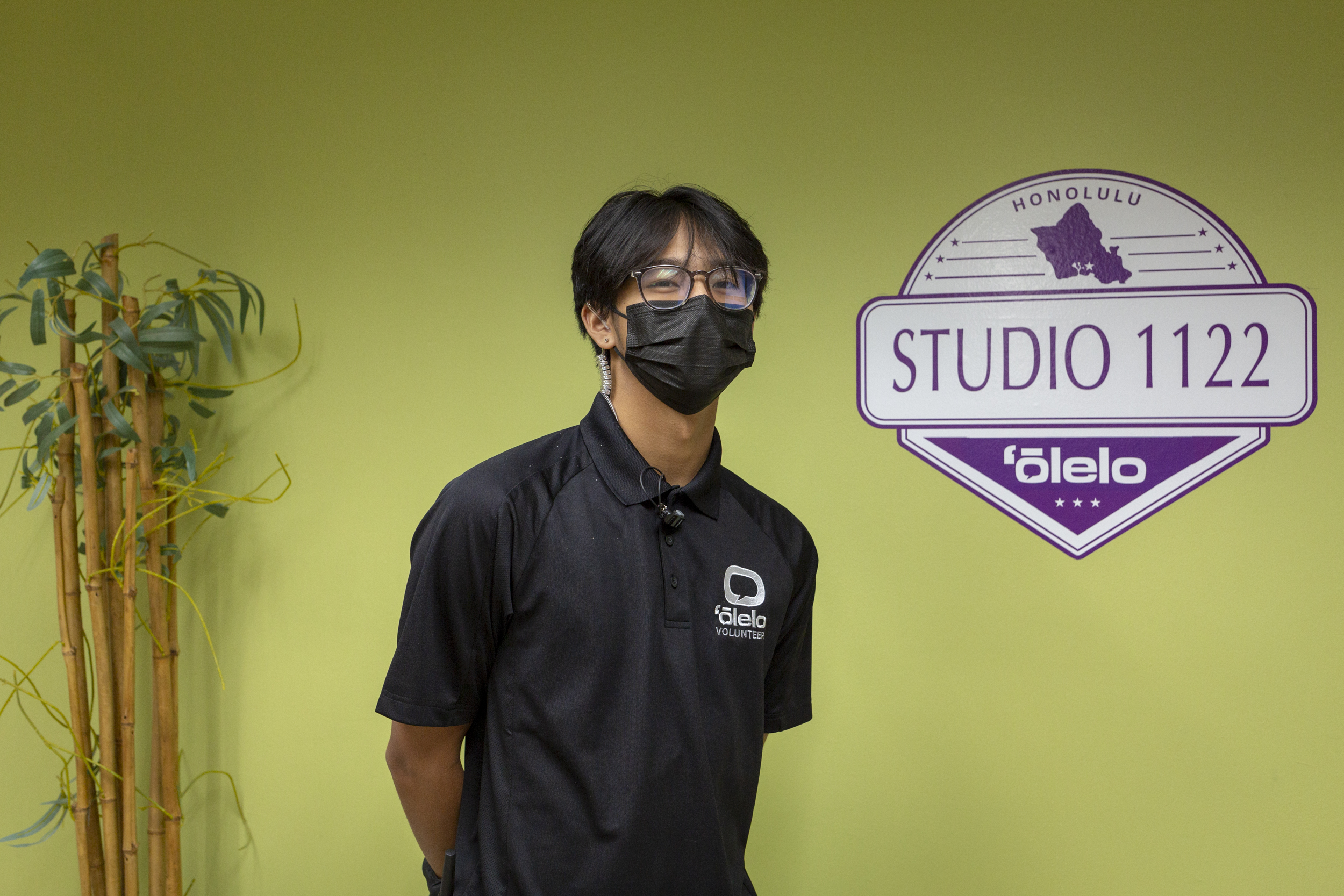 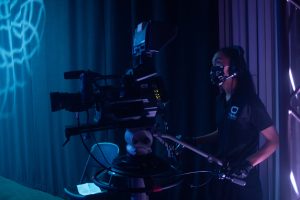 ‘Ōlelo Community Media welcomes skilled and committed volunteers and interested interns to support our mission: To strengthen our island voices and advance community engagement through innovative media, and realize our vision whereby: ‘Ōlelo is a catalyst for positive change in the community, where every voice matters.

Volunteers who embrace and exhibit our core values—Teamwork, Integrity, and Aloha—are central to our operations and essential to empowering the voices of our diverse communities. 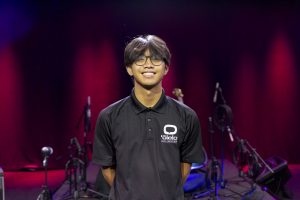 Over the summer of 2021, ʻŌlelo was fortunate to welcome a youth volunteer from New York. Having some family ties to Hawaiʻi (the reason he was volunteering with us), Kainoa “Noa” Martin had the general sense of ʻŌlelo being a television company that serviced the whole island of Oʻahu. However, his horizons were expanded during his two-week crash course in island-style productions.

Noa in the studio for Mele Aʻe. 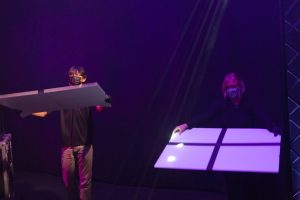 Noa hit the ground running as a crew member on productions such as Oʻahu Free Speech and Mele Aʻe. Some of his tasks included camera switching in the studio control room, wrangling talent, and even directing in the mini studio. However, Noa’s favorite project to work on was 808 Scene, a special showcasing Hawaiʻi’s underground music scene and shot our newly revamped Studio 1122 with multiple cameras. Noa was the switcher whose job is to operate a special control board and digitally switch between camera angles based on the show director’s wishes. The camera angle that the switcher selects is the camera angle that ultimately gets recorded in the final output. For a high-energy show like 808 Scene, the switcher needs to be extremely alert and work at lightning speed. The adrenaline is like nothing else.

Noa and Brooke Gregory fan out the special effects fog in the studio. 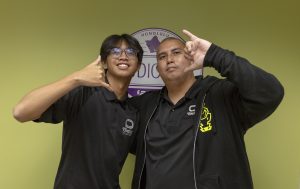 Overall, Noa expressed that the most rewarding thing about volunteering for ʻŌlelo was discovering the joys and pains (but mostly the joys) behind each program that ʻŌlelo produces on a daily basis.

Noa is currently in production of his own film to apply for college, where he plans to study film.

For more information on how you can volunteer or intern for ʻŌlelo, visit olelo.org/volunteer.