‘Ōlelo’s Training Team has been busy these past few months with exciting things taking flight.  Here’s just a few updates: 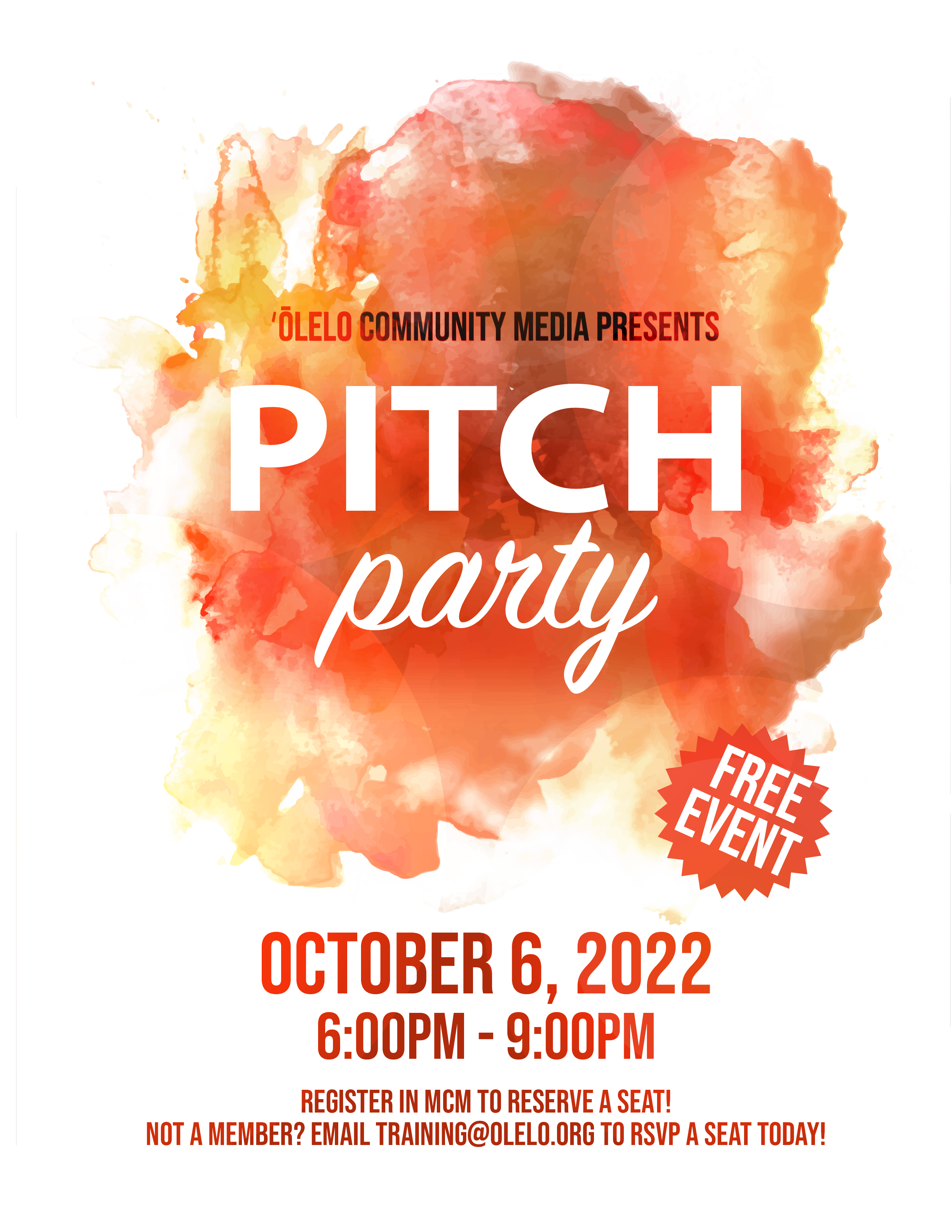 The Pitch Party is for those with concepts for programs that are ready to be shared with a small audience for feedback.  The gathering helps facilitate fully pre-produced projects looking for volunteers or volunteers looking to help others with their projects. For the October 6th Pitch Party, 9 members participated, with three pitches from those working on new projects to be aired on ‘Ōlelo.  A few members have already started producing and were looking for volunteer support. Several attendees expressed interest in helping others with their projects or were interested in becoming ‘Ōlelo’s Volunteer Program.

‘Ōlelo’s work with the Lili‘uokalani Trust ‘Ōlino Pathways led to a four-week ‘Ōlino Summer Program which gave kamali‘i ages 11 to 17 opportunities to explore pathways such as sports, theaters, music, choir, and creative media to grow skills and interests rooted in Hawaiian culture and values.  ‘Ōlelo taught and mentored 13 students in basic media production and animation. Their finished works in narrative, PSA, mini-Documentary, and animation were showcased during the pathways closing ceremony. The students had a blast learning new skills and working together to create amazing stories.

Two of the shorts that were made in the Creative Media Pathway this summer were selected for the Student Showcase of the Hawaiʻi International Film Festival 2022. One of the films is Kekaiulu Hula Studio, directed by Grayson Kostron who is also a new Volunteer with ʻŌlelo.

‘Ōlelo’s partnership with Story Xperiential, a quarterly program created by a small group of Pixar creators to teach youth to become storytellers in animation, provides participants with insight from professionals in the industry. This 9-week virtual program does not require artistry skills, just a desire to learn how to tell stories. 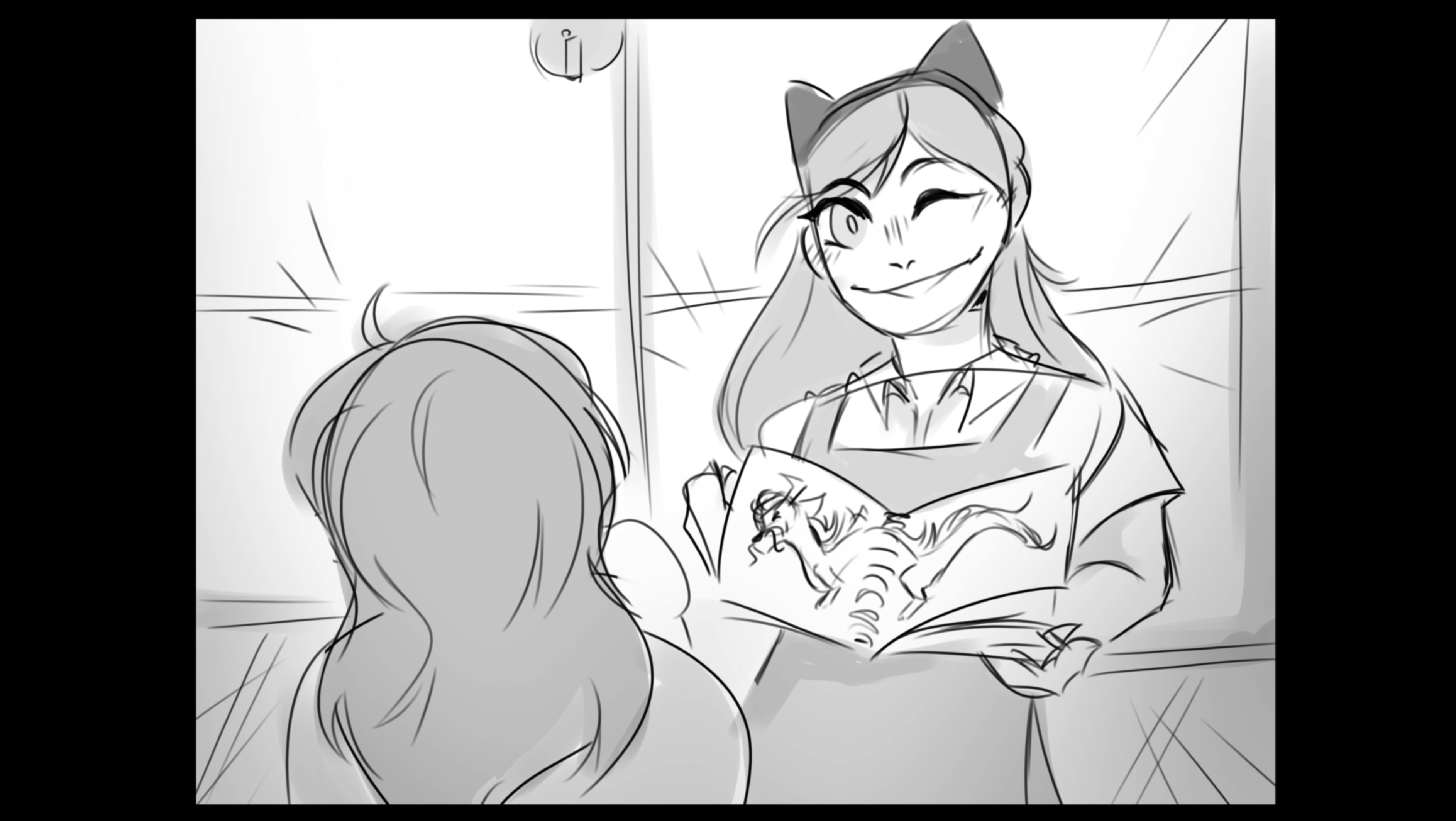 Last March-May, ‘Ōlelo’s Junior Academy for Media (JAM) students, staff, and schools were invited to participate. Students learned how to develop a story using visuals through simple drawing methods to strengthen their storytelling skills, how to give constructive feedback and create a story reel with guidance from Pixar.  Each week started with a lecture and finished with weekly tasks and a “gallery” where work was posted for feedback.  Participants chose to either work on their own story or collaborate as a team while learning how Pixar turns an idea into animation. Final projects can be viewed on the Story Xperiential Exhibition Gallery.

“Everyone got a taste of constant deadlines in production as well as learning how to be a team and communicating to each other as a team,” says Trainer Anne Fontanilla.  “This is one of the major elements in the animation industry, and students experienced it firsthand.”

The next Story Xperiential session is underway this October.  Coming soon, DOE Students who took part in any workshop cohort can further develop their story reel through ‘Ōlelo’s JAM Animation program.  This follow up furthers development of student animation projects which can be eventually showcased on ‘Ōlelo. “With enough content, we hope to create a small Youth animation short-take block on our channels.” Says Training Manager Jen Nakamura. “Animation courses for the public are in development and we hope to be offering them soon.”  If you’re interested in Story Xperiential, contact ‘Ōlelo at training@olelo.org.

For class offerings in Basic and Advanced production, visit olelo.org/training/info.