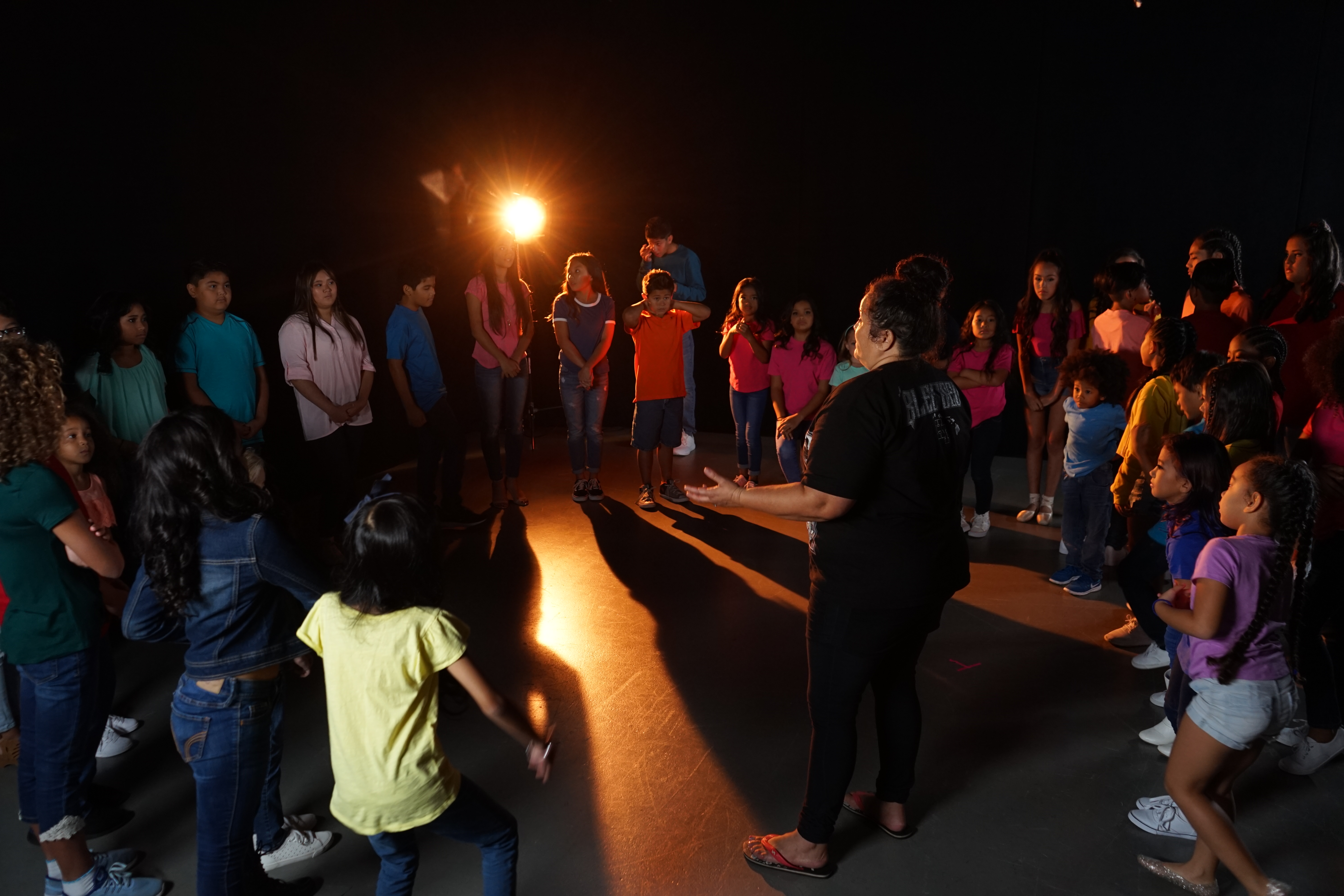 You’ve probably seen a show or two on television showcasing kids and their remarkable talents, but have you ever seen one produced entirely by the youth themselves?  Watch out for an epic ‘Ōlelo series called For Kids By Kids, a variety show that consists of 23 different types of segments covering everything kids are passionate about.  Viewers can expect to see the featured youth reporting their own perspective on such topics as animal rights, fashion, cooking, music, cosplay, and overall community engagement.

For Kids By Kids is being spearheaded by two extraordinary young ladies – Shasta Yamada and Rylee Brooke Kamahele (pictured below). 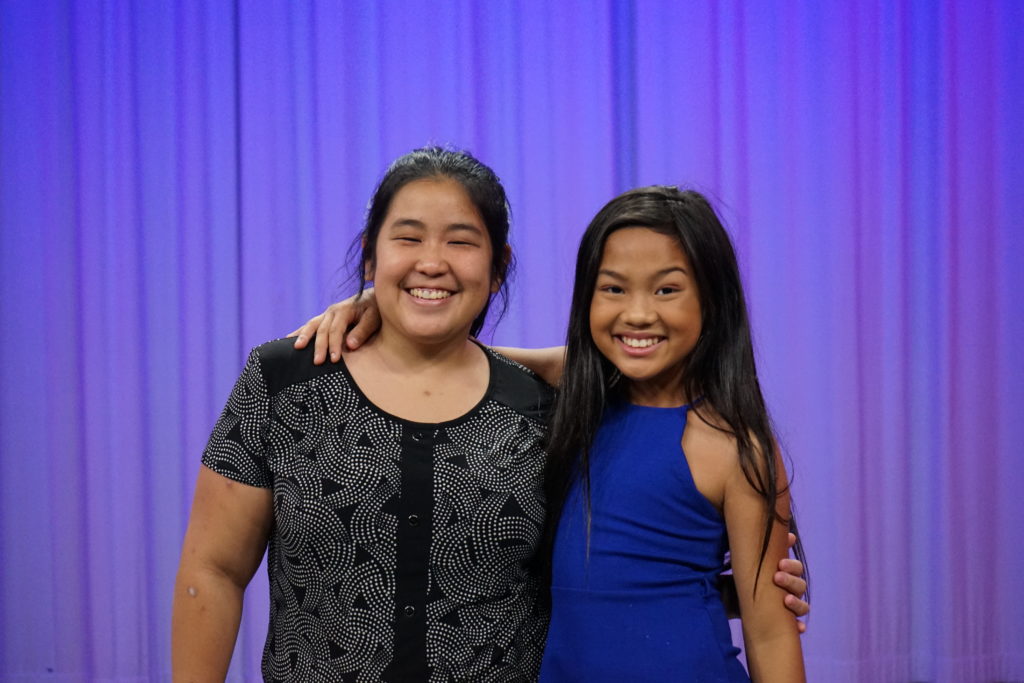 Shasta Yamada became a certified producer at ‘Ōlelo Community Media back in the summer of 2006 when she was a freshman in high school.  Eager to learn anything and everything about video production, Shasta was fortunate to have many mentors, ‘Ōlelo staff and volunteers alike, who took her under their wings throughout her high school and college careers.  Looking for ways to give back, Shasta became employed for a short time at ‘Ōlelo as a Youth Program Coordinator and recently returned as a volunteer to mentor Rylee Brooke Kamahele and 44 of her closest friends. Shasta plans on mentoring them and supporting them as they produce two of their own shows the For Kids By Kids Show and Remember My Name, You’ll Be Seeing It.

Rylee Brooke is a star in her own right.  Having been crowned Miss Hawaii Pre-Teen United States in 2018, directed, produced, and performed in numerous live events and television programs, and engaged in a slew of physically demanding extracurricular activities (boxing, dancing, acrobatics), 10-year-old Rylee Brooke is also an avid community activist.  She is the founder of two non-profit organizations (The Secret Santa Project Hawai’i and Love is a Verb Foundation) and the founder of two for-profit companies (Brookie B and Glamour Kitty).   She also has worked with over 20 other organizations in Hawai’i that serve to better the community.

Together, Rylee and Shasta are a powerful force destined for greatness.

Throughout the summer, these two ‘Ōlelo certified producers/technicians have been shooting segments for their show on location.  However, they really got a taste of the enormous scale of their efforts on Sunday, September 2, when over 40 kids committed to making appearances in For Kids By Kids, along with their parents, grandparents, and siblings, gathered at the Māpunapuna Media Service Center to meet for the first time.  It was a day full of lively optimism and remarkable productivity.  While the kids shuffled through the main studio shooting promos and intro videos for the series, the supporting family members gathered in the lobby to get oriented on the suite of services ‘Ōlelo has to offer as well as to familiarize themselves with the staff.   It was an awe-inspiring reflection of the immense passion and support Shasta and Rylee are receiving with this endeavor. 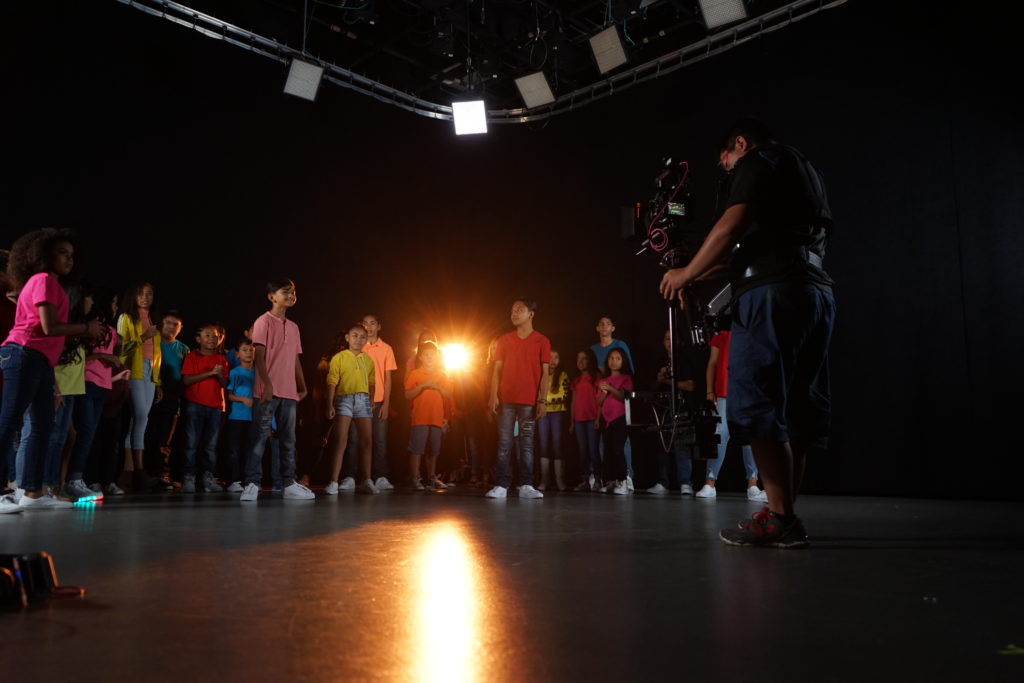 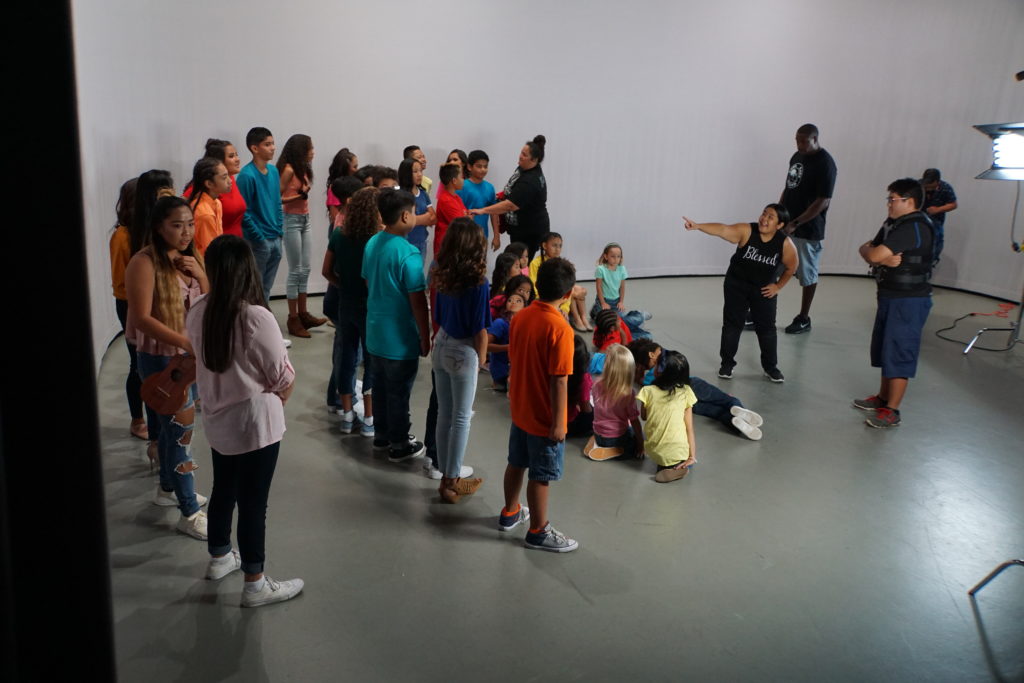 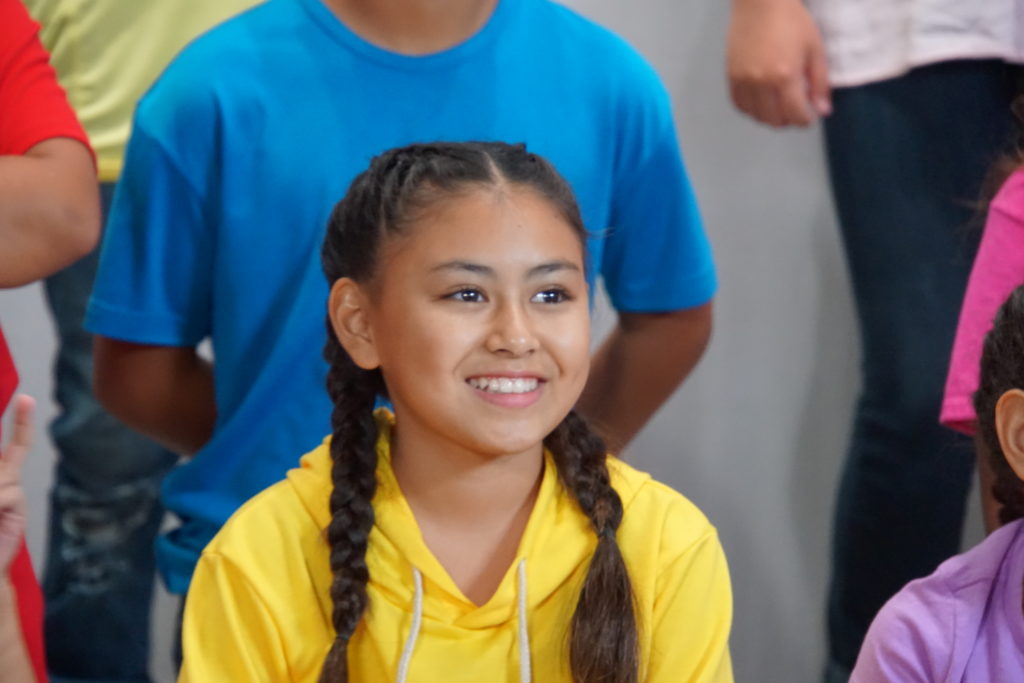 For updates on For Kids By Kids and on what the kids are up to, check out their Facebook page.