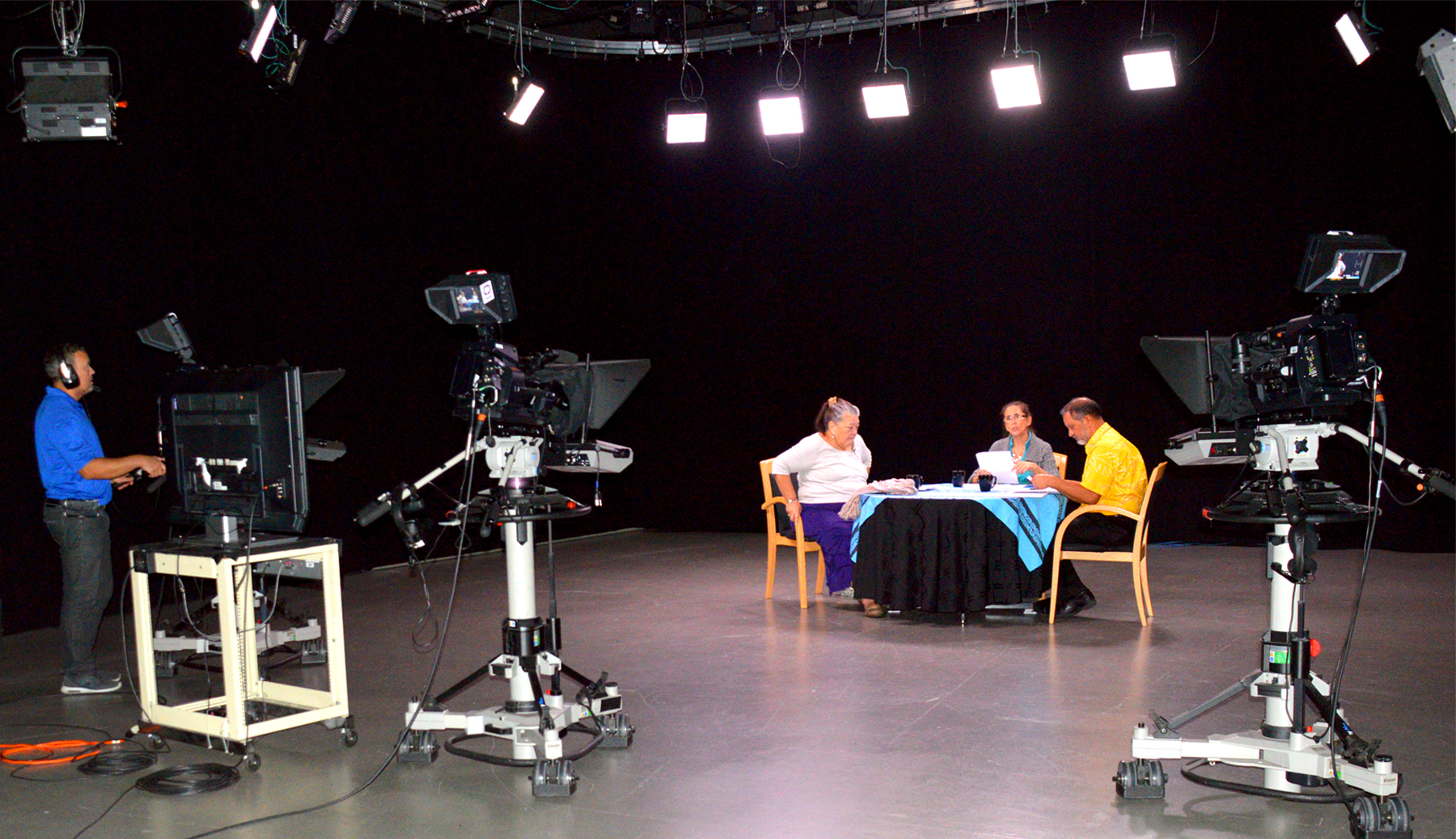 Public access’ longest running series, “First Friday”, signed off for the last time on Friday, March 11. The show was founded in 1986 by Haunani-Kay Trask who also produced and hosted. Sometimes called “The unauthorized news”, the monthly talk show has been a convener of voice for Kānaka Maoli on Public Access Television for over 35 years, communicating with and educating viewers on the rights and future of indigenous peoples. 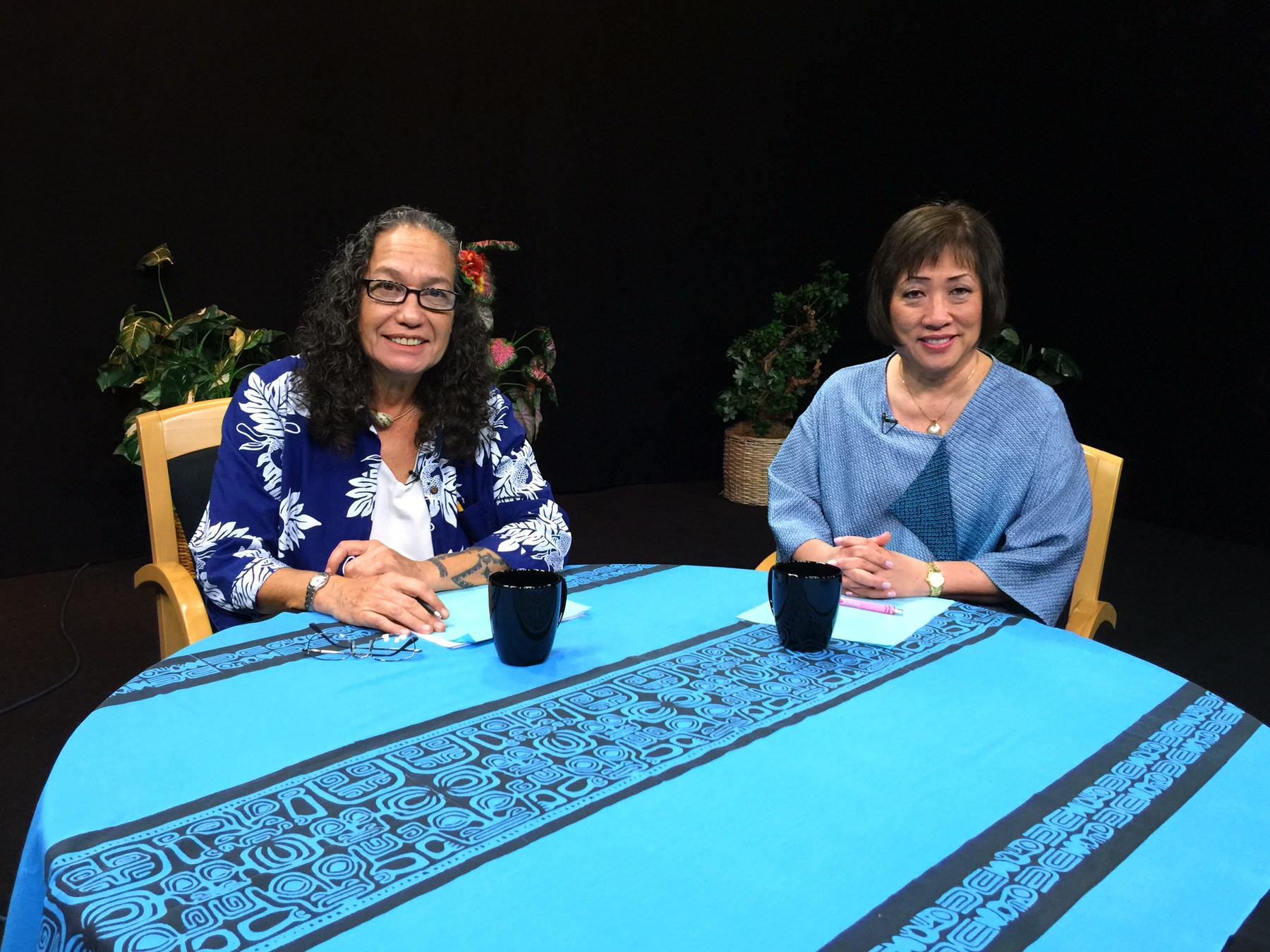 Before the internet and podcasts, an all-volunteer crew would come to ʻŌlelo’s studios to film the monthly talk show. Back then, it would take a crew of 8 to prep and light the set, operate three studio cameras, and switch and direct. Volunteers did it all… LIVE to television. With a variety of guests over the years, First Friday gave a much-needed pulpit to many influential leaders addressing important issues in the Hawaiian community.

“In the very early days First Friday was plugged-in to our political and cultural issues. Haunani and David Stannard informed us with their keen and deep analysis. Then Mililani took the helm and for years uncovered misdeeds and directly addressed issues that negatively impacted Kānaka Maoli or all people of Hawaiʻi. Her legal mind informed the viewers, every First Friday, and dissected the critical issues that caused us to be alert and move to action. This kind of brilliance will be missed. Mahalo nui to ʻŌlelo TV and the First Friday gang for what you have done for Hawaiians and the people of Hawaiʻi.” – Lehuakona Isaacs, Executive Director, ʻAhahui Mālama i ka Lōkahi 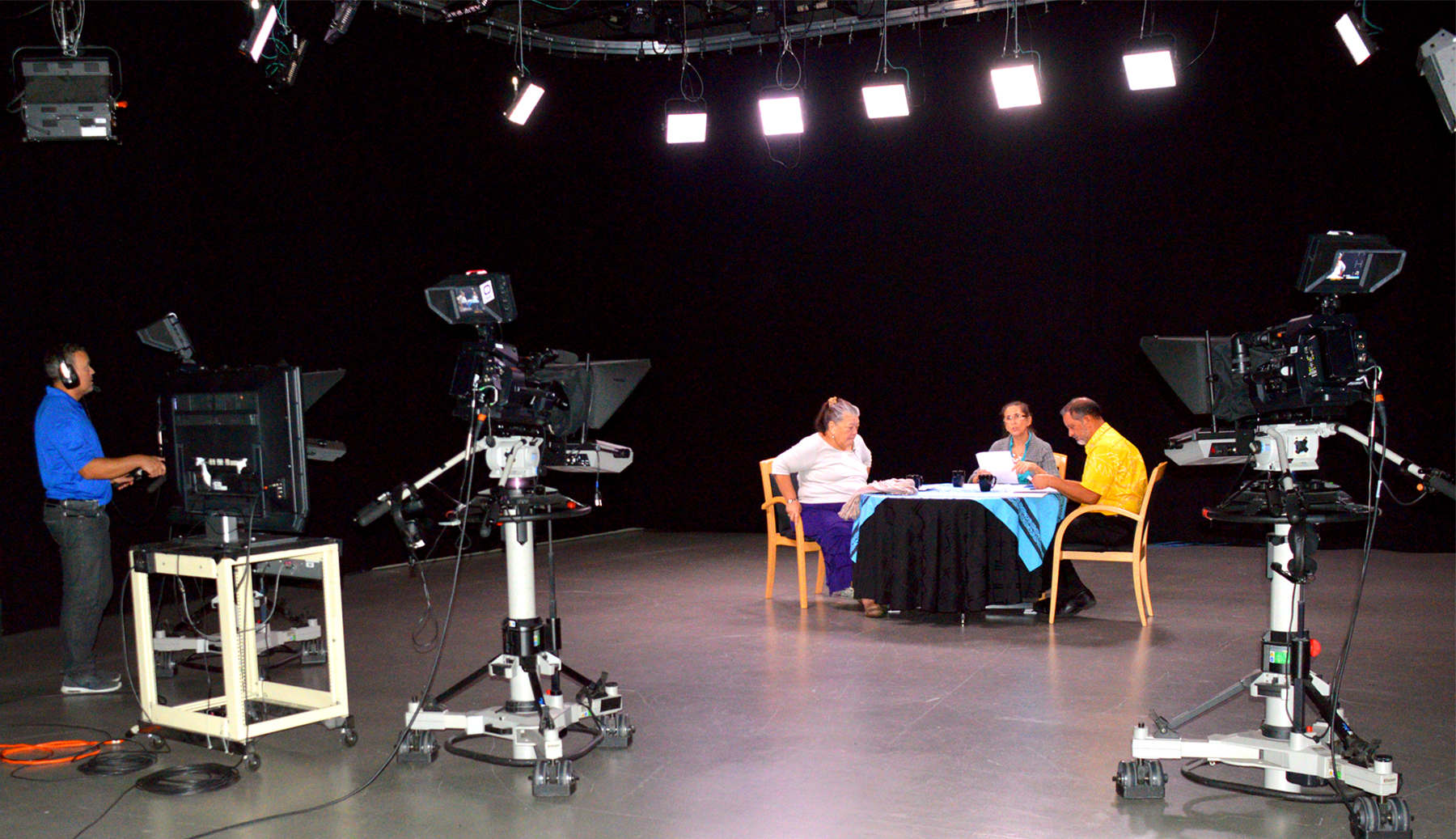 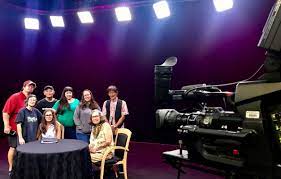 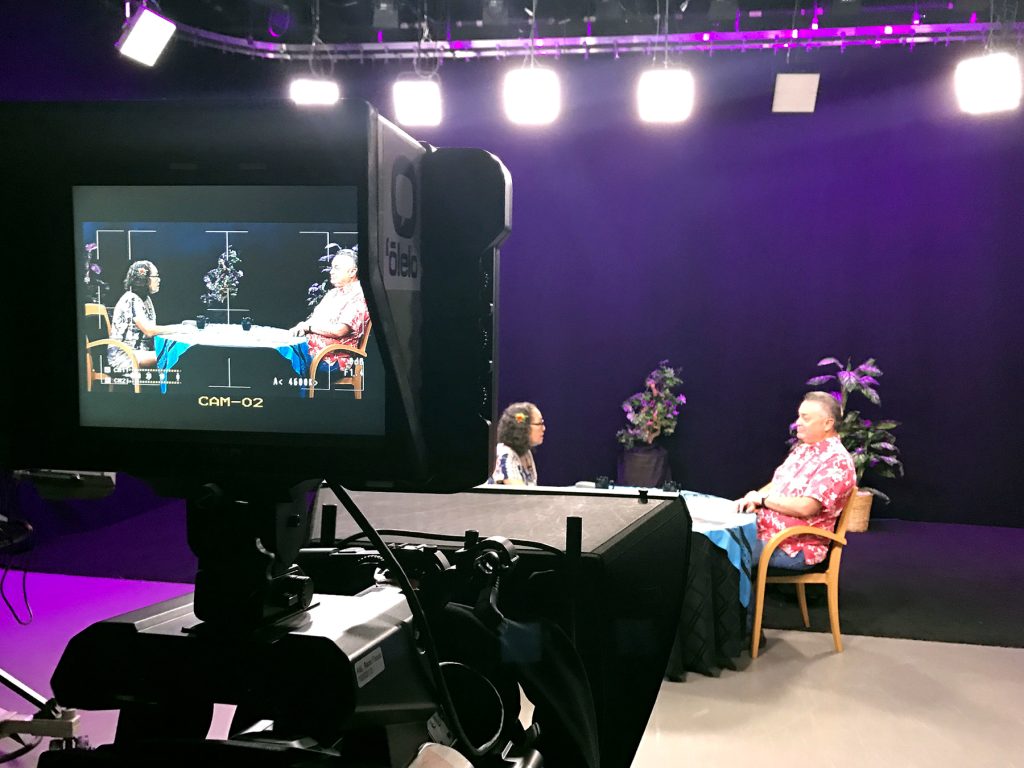 The final show on March 11th at 7:00pm is a tribute to the show’s creator, Haunani.  A woman of firsts herself, Haunani was a founding member of the UH Kamakakūokalani Center for Hawaiian Studies. She co-wrote and co-produced the award-winning 1993 documentary Act of War: The Overthrow of the Hawaiian Nation, and was the co-founder of the largest Hawaiian Sovereignty organization, Ka Lāhui Hawai’i. On the final program, Mililani Trask is joined by Manu Kaʻiama and Kahunawaikaʻala Wright to discuss her sister’s legacy and to say farewell. 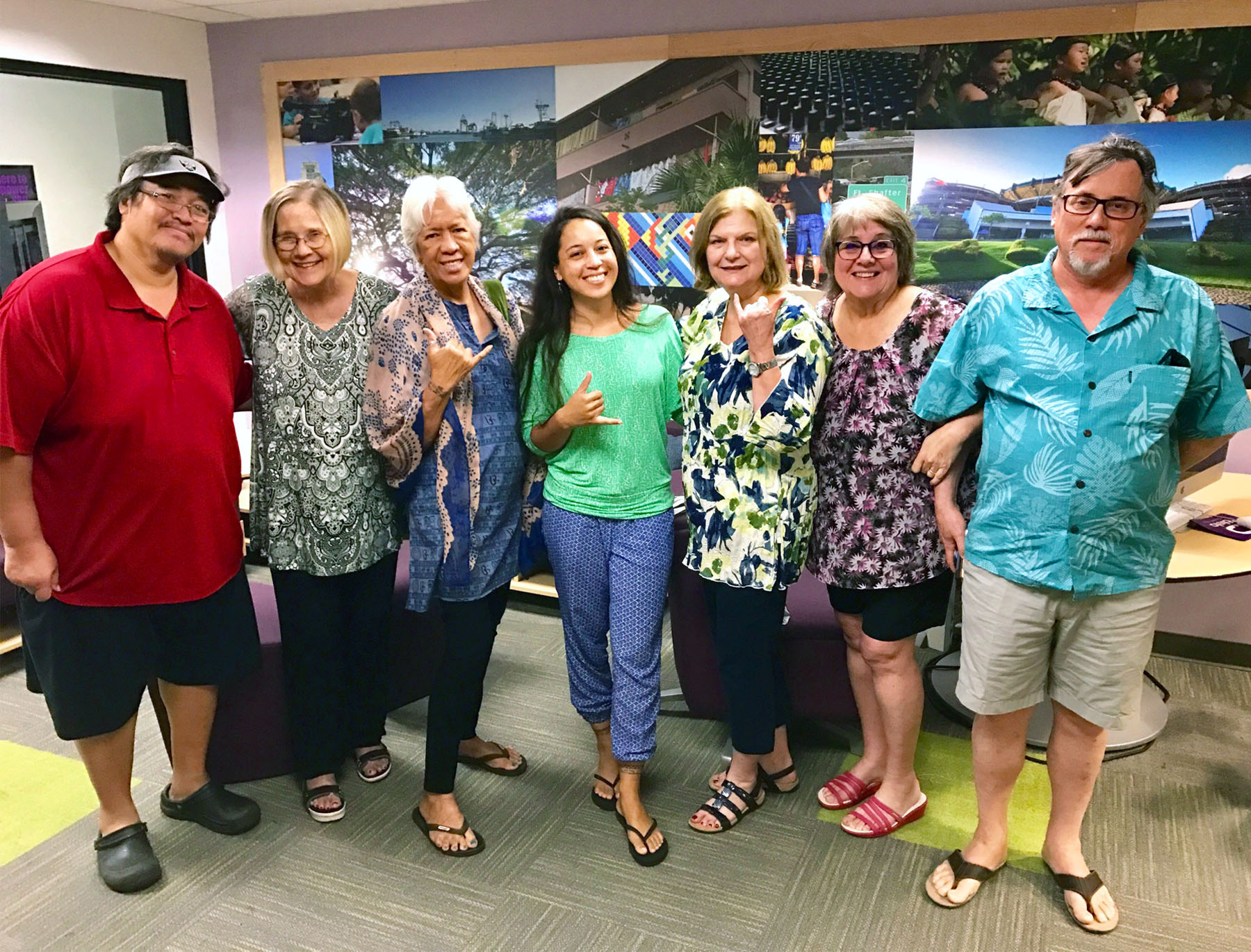 ʻŌlelo sends the dedicated producers and crew of First Friday a huge mahalo and fond aloha for empowering voices for over 35 years. To view the final show, CLICK HERE or tune in on the following dates: