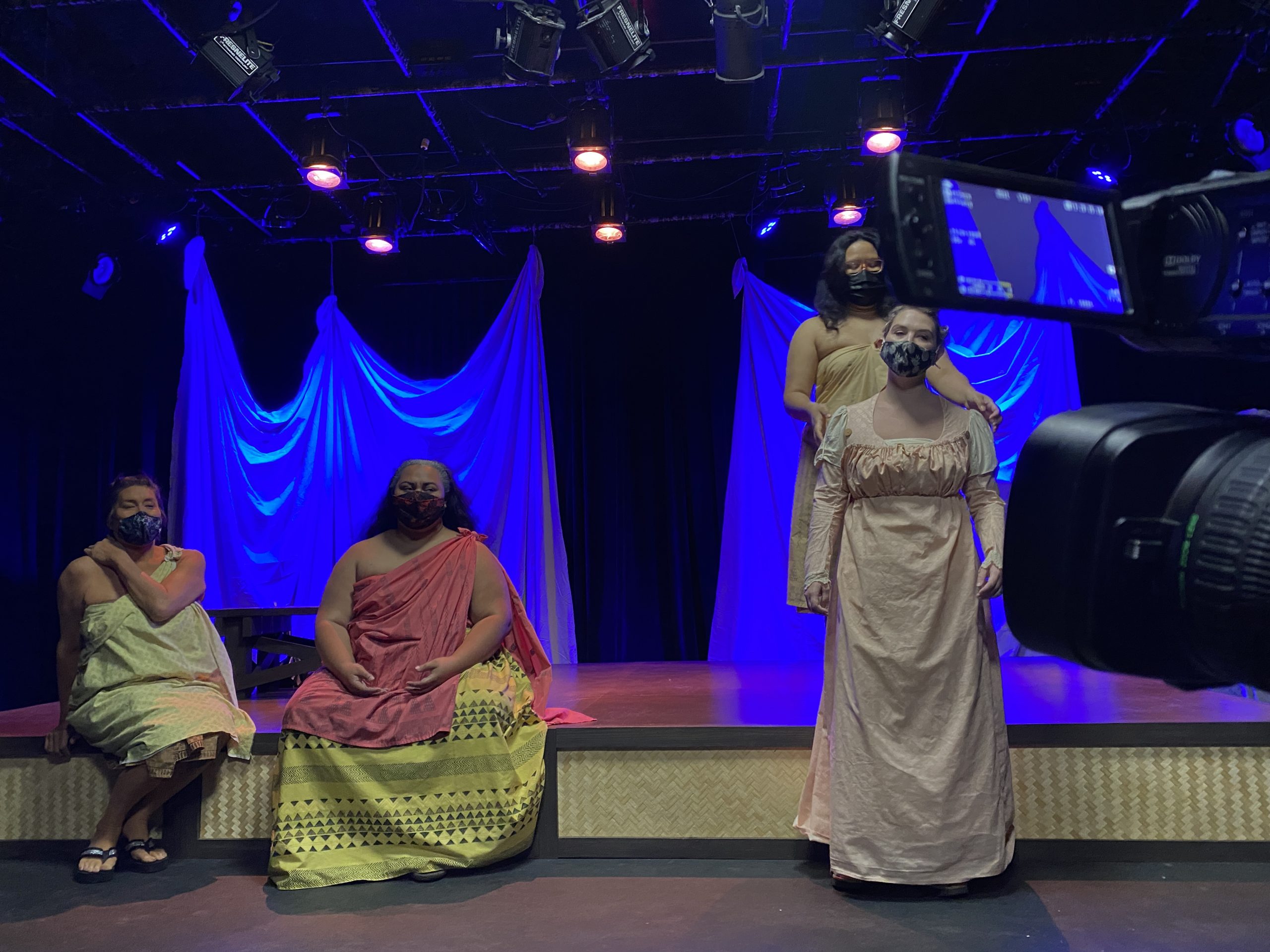 In Defense of the Filmed Play

Video documentation of live performances has always had a stigma, to some, as being derivative and alienating. However, in defense of the “filmed play,” it is far from artless. It is an amalgamation of filmic language (pans, close-ups, fades) and the real, retaining a bit of the magic of the live theatre experience. Although not as effective as experiencing the performance live and in-person, the advent of digital technology allows us to create sources of documentation useful for artists, scholars, and the community. It also has an extraordinary reach, offering viewers from anywhere in the world – viewers who do not have the luxury of physically attending – the best seat in the house.

In recent months, ʻŌlelo Community Media has had the honor of recording a handful of local theatrical performances through our Executive Productions service. 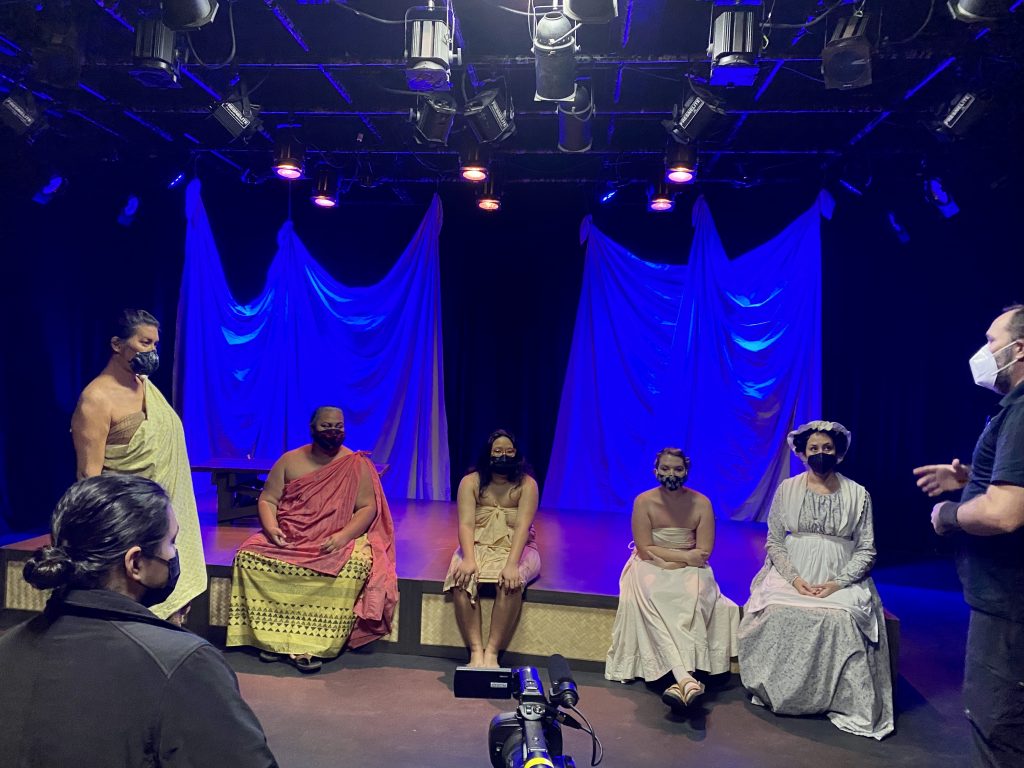 Our first venture into this initiative was in the summer of 2021. Hawaiʻi Shakespeare Festival and Hawaiian Mission Houses Historic Site and Archives presented Henry IV, Part One featuring an all-female cast of incredible local actresses. The show was simultaneously aired on ʻŌlelo’s television channels and streamed on the mobile app and Facebook. Viewers who tuned in called it “Powerful stuff,” and a “Wonderful production! Congratulations to the performers, set designers, and camera crew.”

The Conversion of Ka’ahumanu, a legacy play written by Victoria Nalani Kneubuhl, was revived for Kumu Kahua Theatre’s 51st season. It is the gripping tale of three Hawaiian women and two missionary women as they experience personal and cultural changes in response to Western contact in Hawaiʻi. Who You Again?, a new play written by Ryan Okinaka about a family struggling to care for their matriarch as dementia slowly steals her memories away, received glowing reviews and an extended run at Kumu Kahua. Both stories are essential to cultural education and ʻŌlelo was there to document it.

Pictured: Production Services Specialist Scott Nordquist and Engagement Specialist Alex Miyamoto brief the cast of The Conversion of Ka’ahumanu prior to shooting their performance.

In the early months of 2022, Eden Lee Murray, a versed stage actress and theatre educator at La Pietra – Hawaiʻi School for Girls, was rehearsing her students (grades 6-12) for a production of William Shakespeare’s As You Like It. During this time, COVID numbers on Oʻahu were creeping up, which was cause for concern for Murray and the school administration. The decision was made to cancel the show but have ʻŌlelo record an audience-less performance. 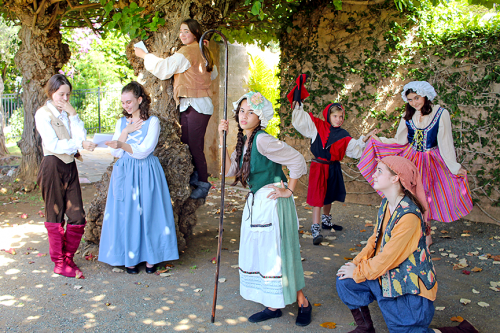 ʻŌlelo’s Production Manager Kekoa Graham and Production Services Specialist Scott Nordquist have extensive theatre backgrounds. Ms. Murray admittedly felt a bit of nervousness when the gentlemen sat in on the show’s tech rehearsal but was instantly relieved when she noticed the two wholeheartedly enjoying themselves and praising her students’ acting. “How did these kids get to this level?” Graham and Scott inquired, solidifying the importance of getting As You Like It captured on video.

You can view La Pietra’s production of William Shakespeare’s As You Like It HERE.

Pictured: A cast photo of La Pietra’s production of William Shakespeare’s As You Like It.

At the end of the day, Ms. Murray told her students that, with this recording, “you are going to reach more people than you ever would have with three live performances.” Indeed, she was right as the recording has so far reached viewers in Italy, Japan, Canada, and throughout the United States. And although the students did not get to experience the glory of an audience’s applause, they at least have an exemplary piece of media that they can use for their acting reels.

“The opportunity to partner with these theatre companies has really been a highlight of my time here with ʻŌlelo,” Scott Nordquist says. “The creative place and storytelling that they focus on is something that is lacking on our network. The courage and beauty of these stories and performances enlighten us all to the power, the joy, the sorrow, the fragility of the human condition. It has been a pleasure to be a part of and I hope it continues.”