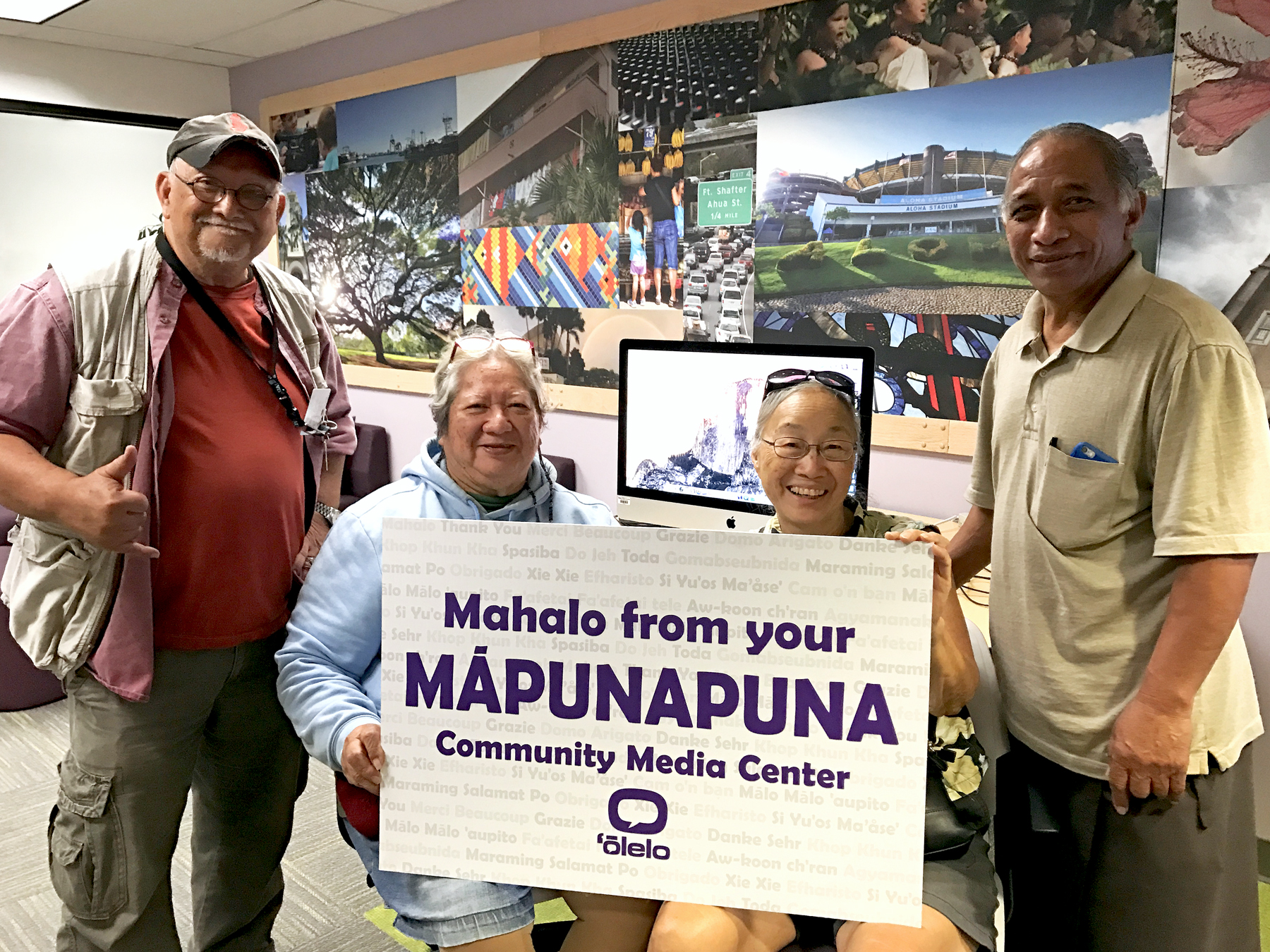 The thousands of hours of programming on our channels are submitted by local producers.  Your neighbors.  People like you and me. 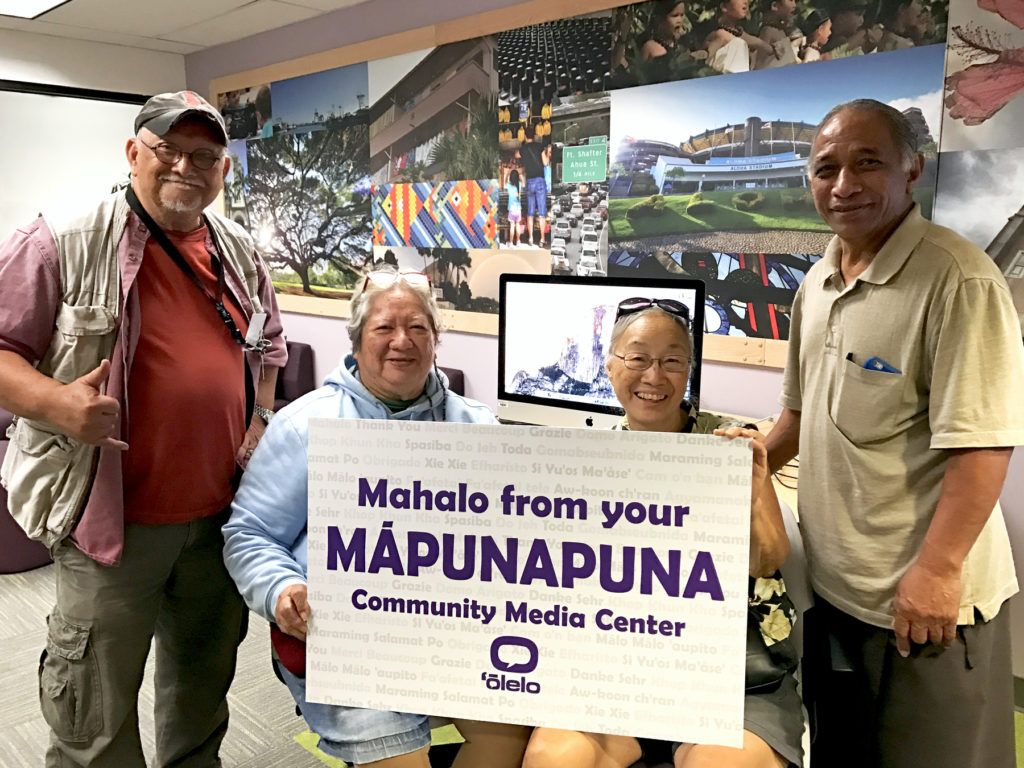 Far right – That’s (22 year producer) Molesi Sagapolutele who creates programs for the Samoan and Tongan community.  He brings stories from Samoa to his community here, as well as videotapes several of the events that involve Samoan and Tongans here on Oʻahu, like the Samoan Flag Day event.  A couple of Molesi’s many series include Samoa mo Samoa and Tupulaga Talavou.

Right – (22 year producer) Renee Ing has been a producer of News & Views for over a decade.  She uses ‘Ōlelo’s mini studio to bring experts on her show to discuss issues and policies.

Left – (13 year producer) Auntie Ruby lives on the Waiʻanae coast and has spent quite a few years filming the stories of the kupuna to help preserve them for the opii.  She films, edits, and airs these stories to help our community better understand our island history.