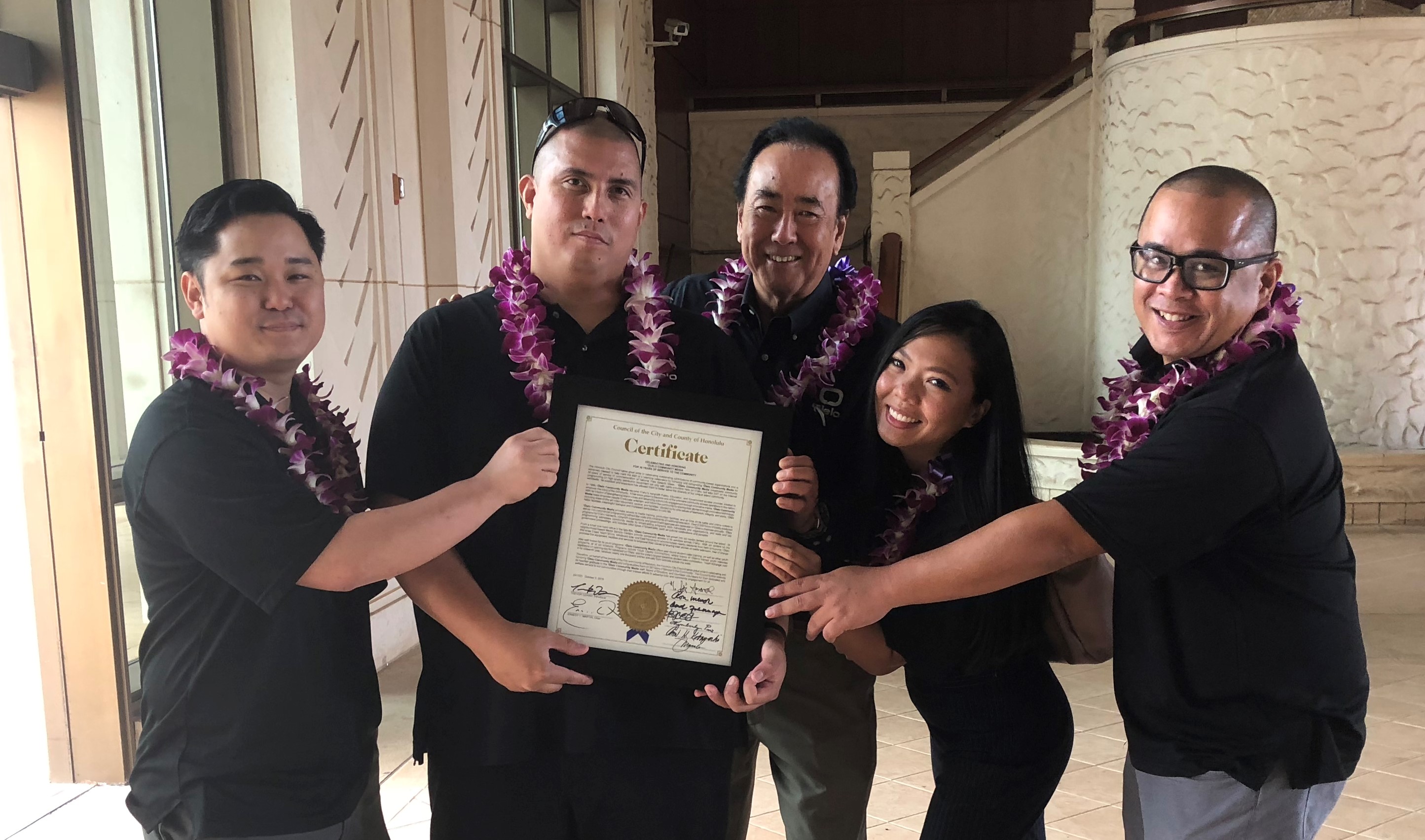 On October 3, 2018, the Honolulu City Council recognized and honored ‘Ōlelo for 30 years of service to the community.   A representative from each department of the company joined President and CEO Sanford Inouye in accepting the Honorary Certificate at the Kapolei Satellite City Hall. 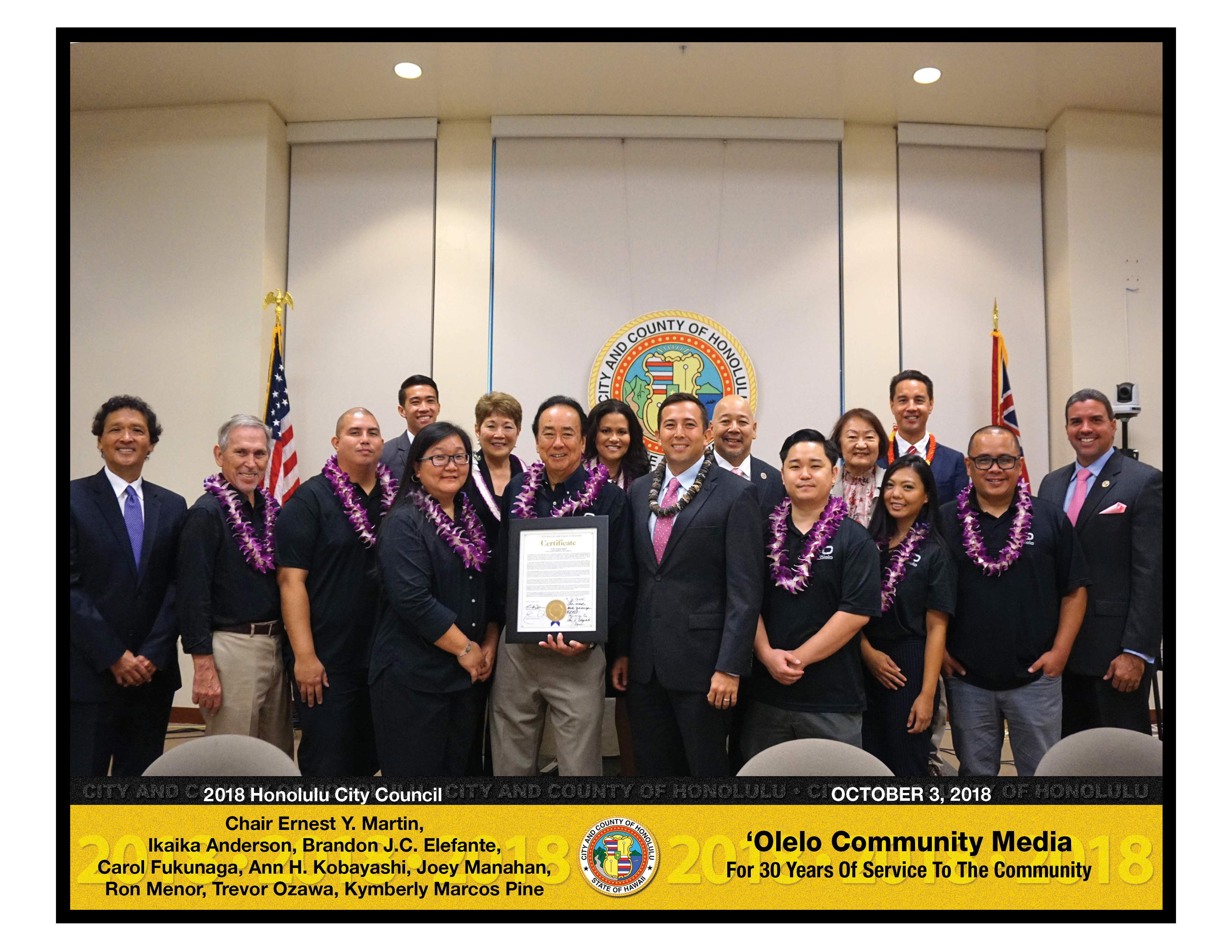 The Honolulu City Council takes great pride in celebrating outstanding contributions of community-based organizations and is extremely pleased to help mark the start of a yearlong celebration by honoring and recognizing ‘Ōlelo Community Media for 30 years of service in commemoration of national Free Speech Week.  ‘Ōlelo Community Media broadcasts community programming on high quality distribution equipment not only with cable providers here on Oʻahu, but also 24/7 on the Internet worldwide.  Its evolution and expansion has allowed them to better serve the diversity of our unique island community.

In 1989, ‘Ōlelo Community Media became Oʻahu’s nonprofit Public, Education, and Government access provider created to empower the voice of the community.  It has since grown to become one of the premiere community access operations in the nation.  With its mission of strengthening island voices and advancing community engagement through innovative media, ‘Ōlelo Community Media helps empower people to educate, entertain, and inform the community by sharing their stories through innovative technology, including state-of-the-art video equipment, studios, and facilities.  Guided by its core values of teamwork, integrity, and aloha, ‘Ōlelo helps facilitate meaningful dialogue and increased participation in civic life.

‘Ōlelo Community Media provides access to media training, production facilities, and air time on its cable and online outlets to deliver non-commercial programming without the costs and constraints of traditional television.  Over 5,000 hours of locally produced programs for O’ahu residents, nonprofit organizations, and government agencies are cablecast on ‘Ōlelo’s channels annually.  ‘Ōlelo programming addresses community issues by broadcasting programs from individuals and organizations, and state and city government proceedings, and includes other types of broadcasts, such as cultural celebrations and parades.

From a small one-room office in the late 80s, ‘Ōlelo Community Media has grown into six media centers around the island.  Its neighborhood-based Media Service Centers provide convenient access to its services across Oʻahu.  With six centers on the Waiʻanae Coast, North Shore, Windward side, and East Honolulu to accommodate nearby residents from keiki to kupuna, ‘Ōlelo provides the equipment, facilities and services to empower their voices by sharing their stories on cable television, free of charge.

Therefore, on behalf of the people of the City and County of Honolulu, the Honolulu City Council takes great pride in celebrating and honoring ‘Ōlelo Community Media and congratulates them on 30 Years of Service to the Community.  The Council further extends its heartfelt gratitude to the ‘Ōlelo Community Media staff, Board of Directors, and countless volunteers for their dedicated and selfless service to our communities through their tireless efforts to advance civic and community engagement for all.