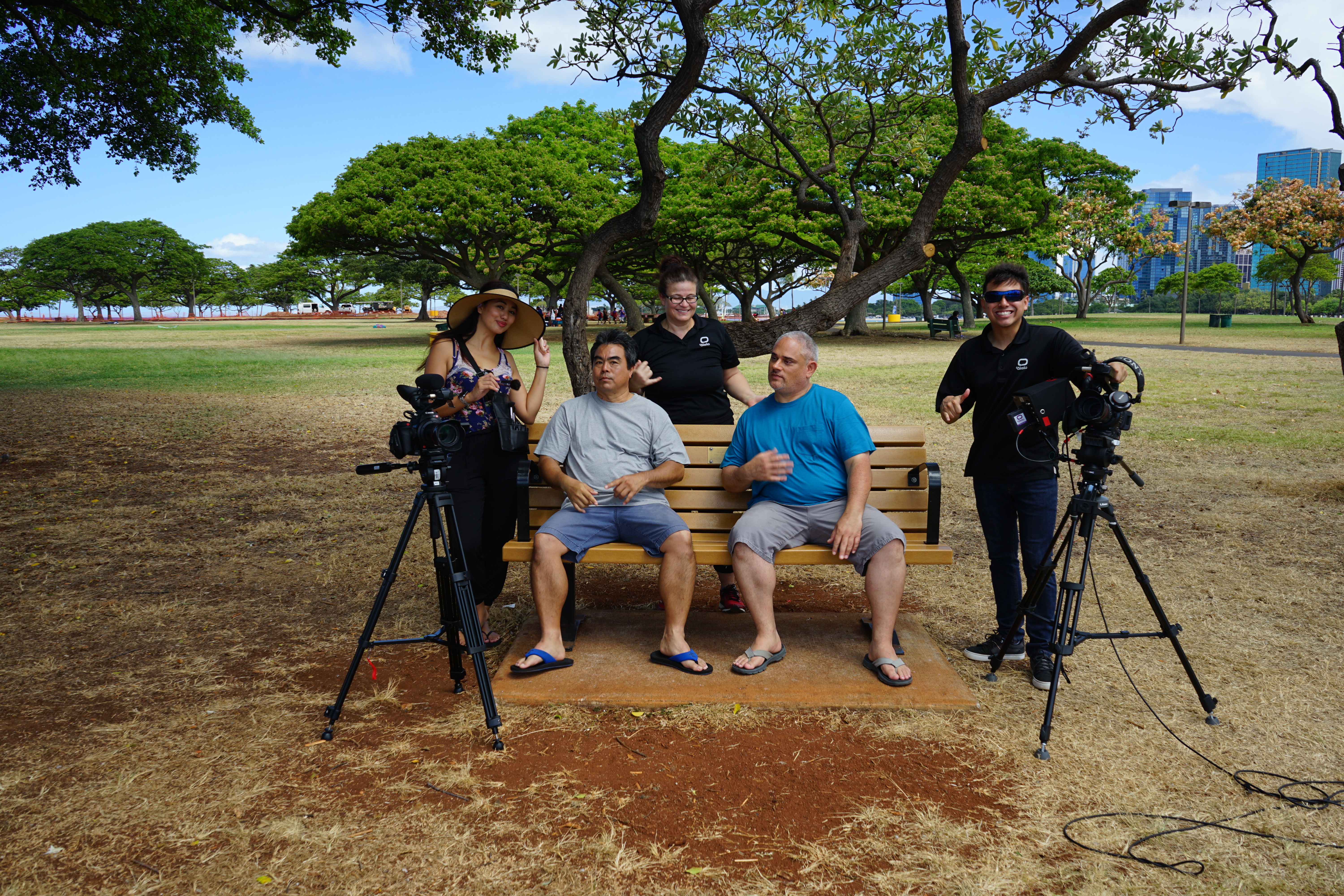 Throughout 2018, you may have noticed a few commercials on cable television (Spectrum and Hawaiian Telcom) promoting services and programming of ‘Ōlelo Community Media. All of these 30 second commercials (we call them TV spots) were produced/directed/edited by staff members of ‘Ōlelo’s marketing department and features an array of ‘Ōlelo employees, all of whom have had years of acting training and experience, serving as talent.

In an effort to inspire more Hawai’i residents to vote in the 2018 election, ‘Ōlelo produced two TV spots, both starring Kaimukī Media Services Manager Kekoa Graham and Waipahu Senior Media Services Associate Justin Kuwamura.  The first spot, entitled “Shame On Us”, shed light on the fact that, in the 2016 election, Hawai’i had the worst voter turnout in the nation.  Here, two proud, enthusiastic Hawai’i locals present us with a list (complete with visual aides) of the things that make Hawai’i the best, but realize that neither of them actually voted.  So, how could they call Hawai’i “the best” if voter turnout is ultimately subpar?

The second TV spot features Kekoa’s character educating Justin’s character on the possibilities of ‘Ōlelo’s web page, olelo.org/vote.  The web page served as a central hub for users to access information about the Hawai’i-based candidates running in the 2018 Primary and General elections.  Content on the website included embedded videos of forums and debates as well as a collection 5-minute messages spoken by the candidates who participated in ‘Ōlelo’s Candidates In Focus initiative.

The spots were shot on location at Magic Island under the direction of ‘Ōlelo’s Communications Specialist Dane Neves and produced by Marketing Manager Jack Bates.  Jana Naone provided makeup and hair services (and even jumped on as a boom mic operator) and Kāneʻohe Media Service Associate Corinne Makahilahila assisted on camera.  Video Editor Deron Kamisato served as the post production colorist. 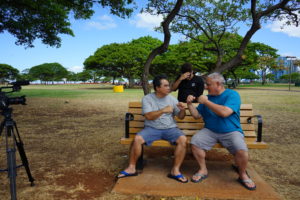 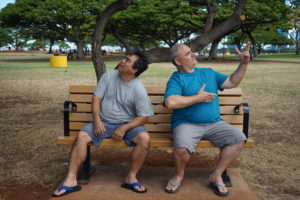 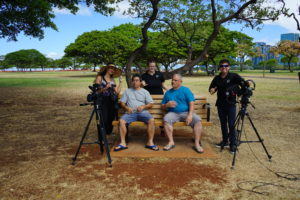 In an effort to promote ‘Ōlelo’s training program, two TV spots were produced with a continuous storyline.  Inspired by the classic fairy tale Little Red Riding Hood, these spots follow the journey of a little girl named Red (played by volunteer producer Rylee Brooke Kamahele) who has taken ‘Ōlelo’s Basic Production Class in order to record her Grandma’s life story.  Justin Kuwamura (from the Vote spots) returns to his role as a community member curious about Red’s involvement with ‘Ōlelo and volunteer producer Marilyn Yeager plays Red’s Grandma. 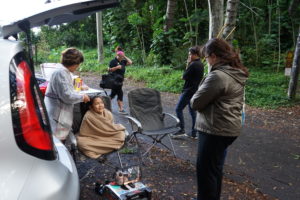 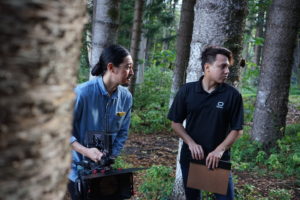 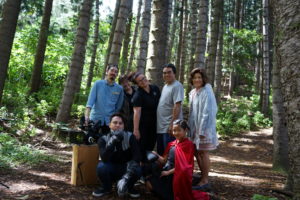 “Red 2” was produced by Jack Bates and shot/directed by Dane Neves with color correction by Deron Kamisato.  Chris Jose provided hair and makeup services once again.  A special mahalo goes out to Shasha Kanahele, Rylee Brooke’s mother.   The spot was shot at ‘Ōlelo’s Māpunapuna offices. 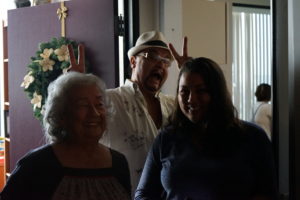 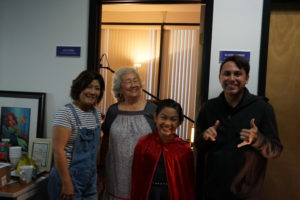 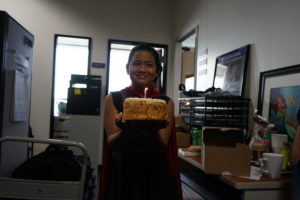 Shying away from the tongue-in-cheek fictional narrative format of most of the 2018 TV spots, Dane Neves produced, shot, and directed a commercial promoting Island Focus, a half hour informational talk show exploring the people and places that make O’ahu special.  Hosted by Lyla Berg, Island Focus is now in its third year.  This TV spot’s purpose was to showcase the diverse locations our crews have shot the show at.  Island Focus premieres on ‘Ōlelo Channel 53, first and third Wednesday of every month at 6:30 PM, and Sundays at 4:30 PM.  You can also find Island Focus on ‘Ōlelo VOD Channel 52, ‘ŌleloNet and YouTube.

“Live at the Legislature”

The final TV spot produced in 2018 promoted our newest signature series, Live at the Legislature.  This live half hour weekly news program that focuses on the issues, legislation, and topics of importance emerging from this year’s Legislative Session.  Each week, State Senators and Representatives provide a variety of perspectives on the issues from both sides of the aisle.  This particular spot features a married couple (played by Production Associate Scott Nordquist and Programmer Anne Selby) arguing over the husband’s DVR priorities.

This spot was produced by Jack Bates and directed by Dane Neves.  Jana Naone provided makeup and hair services.   Deron Kamisato served as the post production colorist.  It was shot on location in Waikīkī. 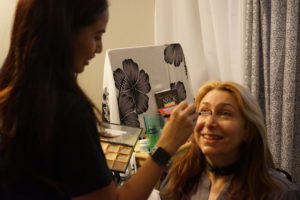 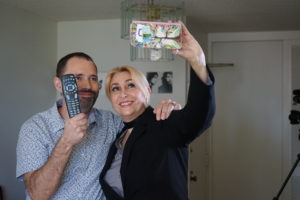 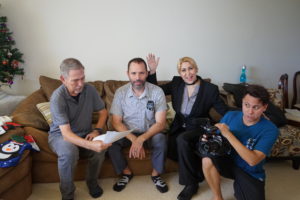