Historic Lili’uokalani Protestant Church located in Haleiwa, on the famous North Shore of O’ahu, hosted their 41st Annual Benefit Luau on Saturday, August 5, celebrating 185 years of the church’s existence. Wahiawā ‘Ōlelo’s certified volunteers were there to capture this monumental and historical event, to which local halau’s from surrounding communities came to pay tribute.

Take note of the weather vane; an Iwa bird with a fish in its mouth instead of the traditional rooster, the only one of its kind in the world.  According to the church’s official website, the hills surrounding Haleiwa is where the ‘Iwa nests and the name of this historic town, Haleiwa, means “home of the ‘Iwa”. The early Hawaiians in seeing several ‘Iwa birds flying in a wide circle, knew that it signaled an oncoming storm.

The Hawaiians also believed  “Lele ka ‘iwa, malie kai ko’o:”, that is to say that when the ‘iwa flies [out to sea], the rough sea will be calm.” The ‘Iwa was used by fishermen to locate schools of fish. ‘Iwa is also a name for a fern with slender leaves (“Ka ‘iwa kiloumoku” and because of this ,two leaves of the ‘iwa fern are at the base of the weathervane.

The religious connotation is brought together with the fish in its mouth.  “Follow me and I will make you fishers of men. The kingdom of heaven is like unto a net that was cast into the sea…” (Mathew 13:47-48). 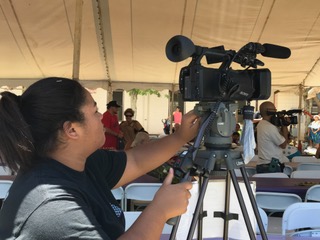 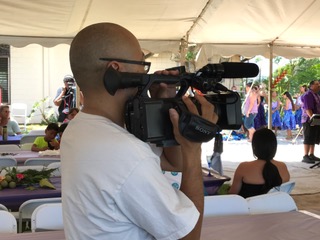 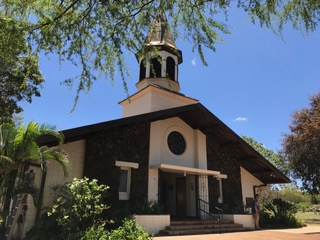 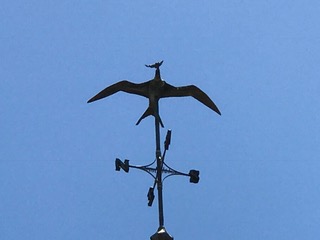 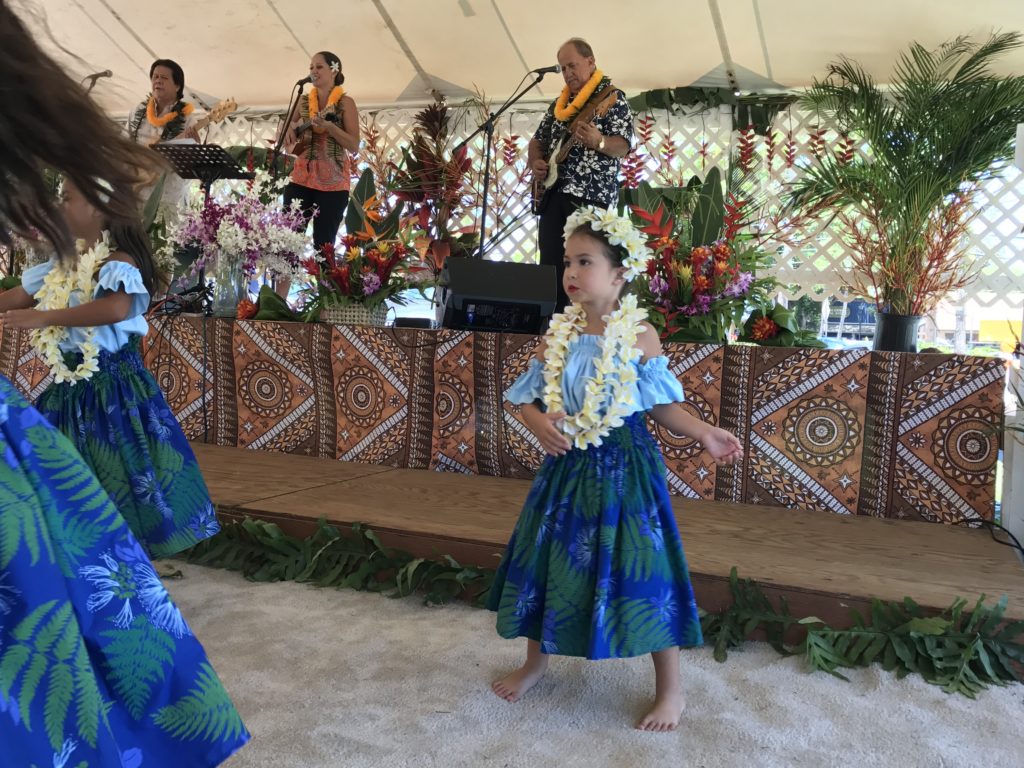